One of the most critical resources that almost every modern, warfighting capability relies on is connectivity. In austere terrains or off-grid environments where traditional, terrestrial networks do not exist, satellite connectivity has emerged as the primary solution that the U.S. Department of Defense (DoD) is turning to in order to provide today’s warfighters’ with the comms, situational awareness, and other integrated capabilities that are required for a successful mission.

But to keep pace with the technological and warfighting advancements of U.S. adversaries, the military must innovate at speed by enhancing and improving the capabilities that are being delivered to the warfighter. As a result, the DoD is relying on the rapid production and deployment of new, on-orbit satellites that provide soldiers on the ground with high-capacity connectivity, enabling them to employ new, modern warfighting tools and solutions during their missions.

Manufacturers, like Boeing Defense, are turning to emerging technologies like advanced manufacturing and 3D printing to accelerate their production of satellites, using materials that will be budget-friendly for their government customers, but will also be durable enough to last for the entirety of a satellite’s lifespan on orbit.

To learn more about how advanced manufacturing and 3D printing techniques are being implemented during satellite production, and how those satellites will deliver enhanced and improved connectivity, comms, and other mission capabilities to the warfighter, the GovDesignHub sat down with Rico Attanasio, Director of Tactical MILSATCOM Programs at Boeing Defense, Space and Security. Rico is currently involved in the production of WGS-11+, a new satellite that will be launched in geostationary (GEO) orbit in 2024.

GovDesignHub (GDH): Can you tell our readers a little bit about the WGS constellation of satellites? How many are there? How are they used?

Boeing has previously built 10 WGS satellites for the U.S. government, and has been the lead contractor on the program since it began in 2001. WGS is the backbone of the U.S. military’s global satellite communications and is the highest capacity communications satellite in the United States Department of Defense (DoD).

“One of the challenges our customers face is lack of time. They need systems on orbit faster than ever before…We are 3D printing more than 1,000 space qualified parts on WGS-11+. These parts are positively impacting schedule and cost, while also creating system performance improvements.” – Rico Attanasio

Boeing has been able to increase capacity and capability with each new WGS satellite while reducing the per-unit cost. It’s the most cost-effective asset for high data rate tactical military communications, protected or benign.

GDH: How will WGS-11+ improve the WGS constellation? How is it different or unique from the WGS satellites that are already in orbit?

Rico Attanasio: WGS-11+ showcases an evolution in phased array technology. Based on Boeing’s advances on its commercial 702X software-defined satellite payload, it is capable of generating hundreds of electronically-steered beams simultaneously, providing users with more than twice the mission capability compared to satellites within the existing WGS fleet.

Like 702X, each individual beam is shapeable and can be uniquely tailored to any operation, enabling increased mission flexibility and responsiveness. Narrower beam widths with dual polarization unique to WGS-11+ help protect against jamming and interference while allowing greater frequency reuse.

On different elements of the WGS-11+ spacecraft, we built in three prototyping cycles. For whatever that “thing” is, I know the first time I build it that thing is not going to meet all requirements – I’m trying to narrow that target as fast as possible.

“Additive manufacturing is a key enabler at Boeing: it’s beneficial to our customers and favorable for our planet. We’re creating less waste in the manufacturing process while improving first-time quality.” – Rico Attanasio

One of the challenges our customers face is lack of time. They need systems on orbit faster than ever before. There’s tremendous program value with accelerated design-to-market and factory efficiencies. It’s also enabling vehicle value with things like differentiating vehicle designs, improved quality, and decreased weight.

Rico Attanasio: Additive manufacturing is a key enabler at Boeing: it’s beneficial to our customers and favorable for our planet. We’re creating less waste in the manufacturing process while improving first-time quality. We’re also able to push the boundaries of what’s possible from a technology perspective, creating new designs, rapidly prototyping, testing, and where it makes sense, deploying new tech. For our customers, that translates to improved capability with more schedule certainty and more affordable cost structures.

Perhaps more importantly, we’re 3D printing components that are improving system performance. Someone may ask how we’re measuring that. On WGS-11+, we’re 3D printing four different part families, each of which is benefiting from system performance improvements measured based on unique functional criteria. For example, on thermal control subsystems, we’d look at heat transfer efficiency.

GDH: The military no longer views space as a benign domain – it’s now a warfighting domain – and the harsh environment of space takes a toll on spacecraft. Are parts and components produced through additive manufacturing strong and resilient enough to handle decades of service in orbit?

Rico Attanasio: Yes. We put all of our spacecraft and the integrated components through space simulation environments that exceed the extremes they would face in orbit, simulating both the environment and the duration.

GDH: We’ve talked to numerous people in advanced manufacturing about what is possible with the technology. We’ve heard about manufacturers turning to AI and generative design to create previously unheard-of new approaches to solve age-old problems. We’ve also heard about generative design and advanced manufacturing being used to create new materials with the exact qualities that manufacturers need to meet specific, unique requirements. Are these things that Boeing is currently exploring? Are any of these advanced technologies making their way into Boeing programs and projects?

Rico Attanasio: Generative design is being used actively at Boeing when warranted on a case-by-case basis and coupling it with 3D printing is highly synergistic. AI has a role to play as well in additive manufacturing – we are exploring how we can apply it on future programs.

“WGS-11+ showcases an evolution in phased array technology. Based on Boeing’s advances on its commercial 702X software-defined satellite payload, it is capable of generating hundreds of electronically-steered beams simultaneously, providing users with more than twice the mission capability compared to satellites within the existing WGS fleet.” – Rico Attanasio

GDH: Boeing has been manufacturing some incredible spacecraft over the course of the past half-decade, including WGS-11+ and the SES O3b mPOWER satellites. How do you see the development and manufacturing of spacecraft like these changing in the coming years? How will additive manufacturing and other advanced manufacturing technologies continue to shape and evolve the design, development, and manufacturing process? What changes do you anticipate, and how will those changes impact the capabilities that we can enable from space?

Rico Attanasio: We see continued advancements in manufacturing automation and test automation. As far as additive manufacturing, we’re implementing significant increases in the amount of 3D printing on our satellite programs. On WGS-11+, we’ve introduced an approximate 10x increase in the amount of metal 3D-printed parts compared to the most recent spacecraft we designed before it.

Based on the benefits that 3D printing is introducing, as well as the advances we’re making in maturation of the technology, we see this trend continuing across our satellite portfolio. This will be true across orbits and mission-sets.

To learn about how additive manufacturing and digital twins are transforming Air Force and Space Force supply chains, click HERE. 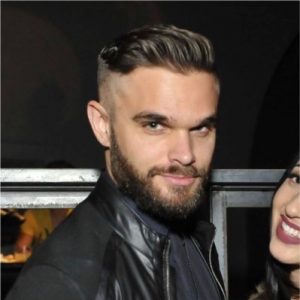