In previous posts on the GovDesignHub, we’ve discussed Bills of Materials (BOM), Parts Lists, and data views in Autodesk Inventor. This week, we’ll take a look at the different BOM structure types, and the purpose each one serves. 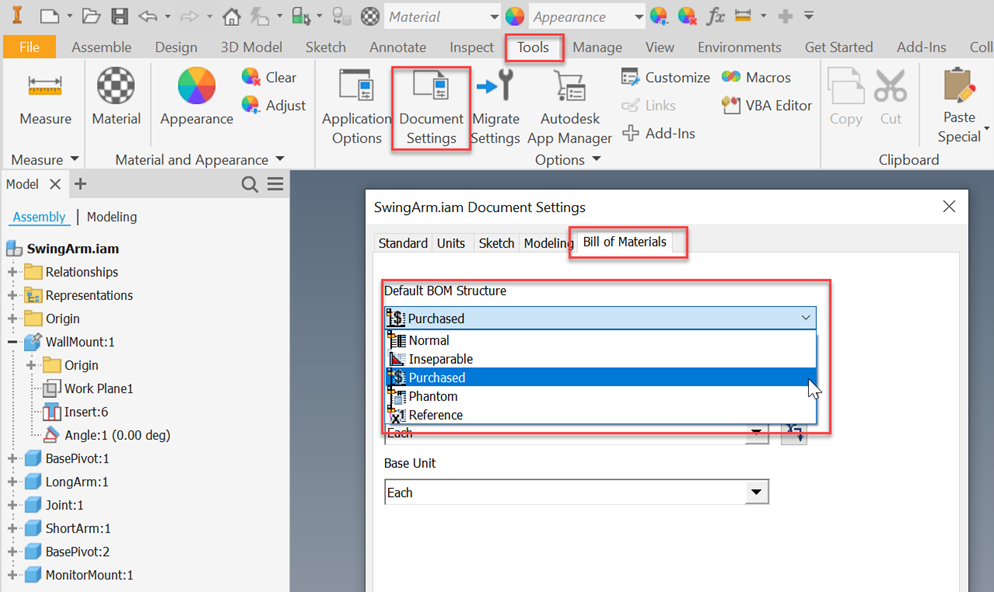 5 types of Bill of Materials structures

Another type of bill of materials is Normal component. Normal component has no special handling in the Bill of Materials.  This is the default structure for a component. Most manufactured parts and assemblies are “Normal” components.

A Phantom component is a physical part of a design that does not show up in Inventor Bill of Materials. An example is an assembly made for placing components.  It’s easier to place an assembly with a nut, washer, and bolt 50 times rather than place 3 components 50 times each. 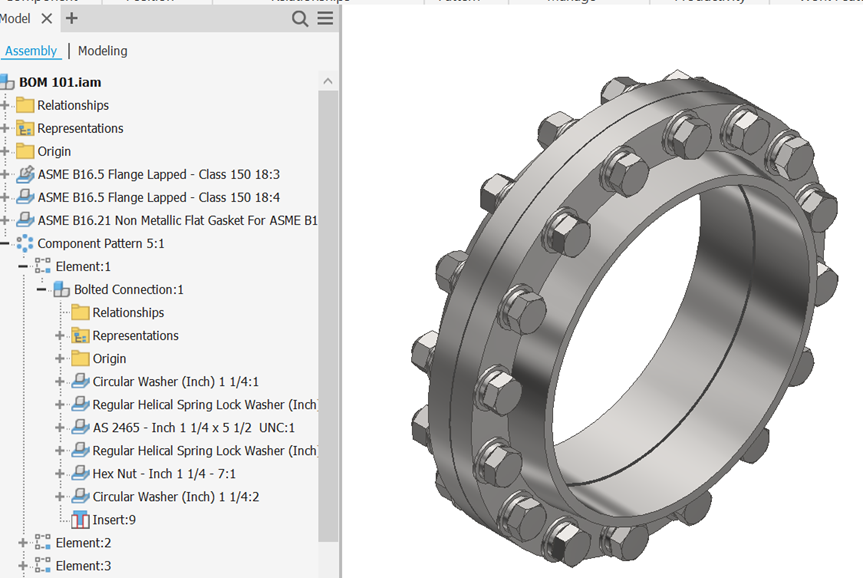 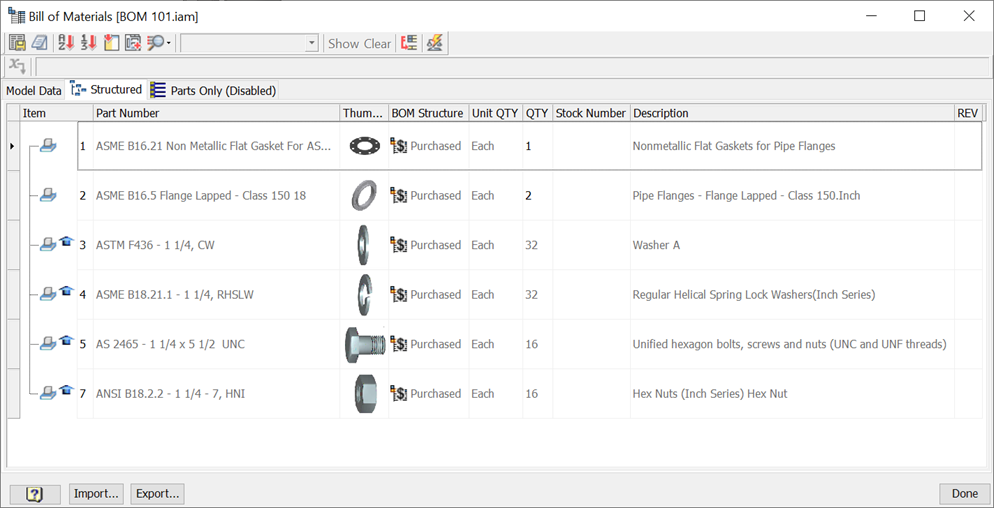 As can be seen in the images above, a Bolted Connection Assembly holds a bolt, a nut, and 4 washers (2 flat, 2 locking).  It is a Phantom Assembly, so it does not show up in the BOM, only the children do, at the correct patterned quantities.

All children of a phantom assembly are shown in the BOM Structure as if they were assembled one level above their actual placement.  This is indicated with an arrow on their icon in the BOM editor.

When you place a Phantom component on a drawing, it is displayed like a Normal component. 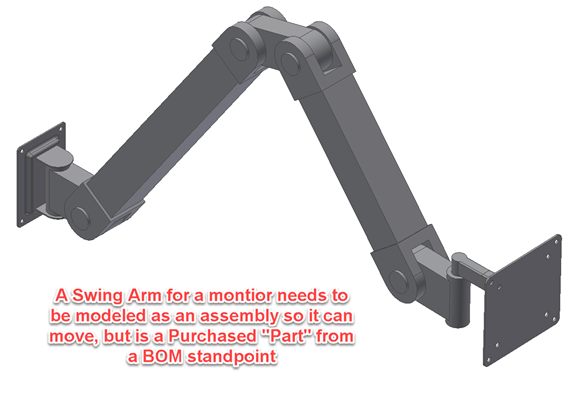 Reference Components and all their child components are ignored by the Bill of Materials, do not participate in mass calculations, and have special drawing view properties.

Note: BOM Structure is typically set in the document settings of a component, which means all occurrences follow that structure.  Reference is the only BOM structure that can be set as an override inside an assembly.

An Inseparable assembly is an item like a Weldment that you cannot take apart once it is assembled, and therefore is a single line item in a BOM. You can use this BOM structure only in Parts Only views of a BOM.

In a Structured BOM Inseparable assemblies behave like Normal assemblies, showing all children.

In a Parts Only BOM, the Inseparable assembly itself shows up as a row, representing the completed assembly as a single part.  None of the children show up in the Parts Only view, except for children marked as Purchased.

A purchased assembly is an item like a hinge, where the child components will never be purchased or assigned a part number, but are required in order to model the design correctly (such as motion).

In a Structured View, purchased assemblies behave like Normal assemblies, showing all children.

In a Parts Only View, purchased assemblies show up as a row, representing the completed assembly as a single part.

Isn’t that what an Inseparable assembly does?  Yes, so what is the difference?

Purchased Child components of an Inseparable assembly WILL show up in a Parts Only BOM.  For example, Threaded Inserts in a Weldment need to be accounted for as purchased parts.

Some Data Management systems, such as Vault Professional, need to know the difference between Inseparable and Purchased assemblies.  You need to acquire Purchased, while you fabricated Inseparable. This gives you a way to show that difference.

The different structure types of bill of materials provide a method for using common construction techniques while maintaining an accurate Bill of Materials for downstream consumers like drawings and Vault Professional.