Scratching the Surface: How Surface Engineering Fills in the Gaps that AM Leaves Behind

When the military began implementing 3D printing and additive manufacturing (AM) technologies, it was finally able to produce and install parts on demand, shortening the length of time it takes to repair and deploy machinery, as well as increasing preparedness and readiness in the field. But even game-changing innovations can come with their own sets of challenges.

Though AM transformed how the military manufactures, surface outputs of AM components can have high degrees of roughness and porosity. If kept in this raw and unfinished state, AM components are left vulnerable to accelerated wear and tear, equating to more money and time spent back in production.

That is where surface engineering comes into play. Surface engineering technology is used to finish and smooth out AM component surfaces, in order to decrease roughness, enhance functionality and durability, and extend equipment lifespan. By integrating surface engineering into supply chain processes, the military can continue to manufacture parts on demand, boost readiness, and save budgets from wasteful production costs.

GovDesignHub recently sat down with Justin Michaud, CEO of REM, who shared some insight into surface engineering, its role in the AM process, and how the technology is currently being implemented in aerospace and military projects. Here is what he had to say:

GovDesignHub (GDH): Can you explain to our readers what REM does in the surface engineering and AM spaces? 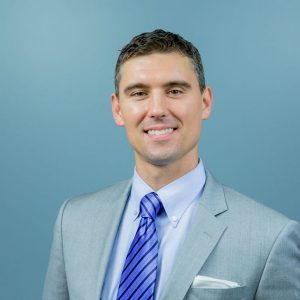 Justin Michaud: REM is a 3rd generation family-owned business with operations in the U.S. and Europe specializing in surface finishing technology.  REM invented what is now commonly known as isotropic superfinishing (ISF)—a technology created by combining the chemical activation of a surface with mass finishing equipment to affect material removal. This technology is unique in that is able to create an optimal surface quality via a more efficient process while maintaining component shape more accurately than competitive technologies.

REM’s isotropic superfinishing processes are used on many traditionally manufactured components, and prevalently on flight-critical aerospace gearing with applications on over 70 known platforms. It was REM’s aerospace connections that first brought us in contact with AM around 2010. Compared to traditionally machined components with standard starting roughness (Ra’s) of 20 – 60 µin, AM parts represent quite a different deliverable set in terms of starting surface conditions with Ra’s of 400 – 1200 µin or higher.

REM’s ISF Process is very effective at controllably and uniformly removing very small quantities of material, with a common helicopter gear process removing a total 0.0002” from the surface of the component in order to achieve surface finishes of Ra 1 – 4 µin.  But, for AM components, where we have found that you need to remove material more on the order of 0.001’s or even 0.010’s of an inch, it became clear to us very quickly that we would need to alter our technology to be effective in this industry.

So, we developed two new process – Chemical Polishing and Chemical-Mechanical Polishing – technologies to address the surface finishing needs of the AM industry that we trade named the Extreme ISF® Process given the significantly higher starting roughnesses and material removal requirements of AM components.  REM’s Extreme ISF Process is now being used and adopted in the AM industry across a range of components types from rocket propulsion components, to space and aerospace structural applications, to medical implants, to energy and fusion applications, and even mass-market consumer goods.

GDH: Nearly all manufacturing industries have been touched by the transformative power of 3D printing. But what kind of surfacing challenges does 3D printing create in manufacturing? What are the ramifications if 3D printed materials aren’t surfaced or finished properly?

Justin Michaud: AM components, and specifically metal AM components exhibit a high degree of starting roughness and commonly have concentrated zones of near-surface porosity. These surface and near-surface defects individually or in combination can produce a variety of problems for end-use component applications including inadequate fatigue life, excess friction/poor flow dynamics, and cleanliness or foreign object debris (FOD) issues.

Fundamentally, there are many applications where these as-printed surface and near-surface conditions simply cannot be tolerated, and in other applications, they result in components being over-engineered to accommodate for the lower than optimal material properties.  REM’s processes have been shown, over the past 10 years, to significantly improve these material properties by reducing or eliminating the aforementioned surface and near-surface flaws. In so doing, we have helped to actualize a number of AM applications that would have otherwise not been possible or been heavily compromised.

GDH: GovDesignHub recently sat down with Paul Gradl, who serves as Principal Investigator on several metal AM projects at NASA’s Marshall Space Flight Center (MSCF), to discuss RAMPT, LLAMA, and other ongoing NASA initiatives. I understand REM regularly partners with NASA MSFC on AM and surfacing projects. Have you collaborated with Paul? And if so, can you highlight how REM’s AM technologies have impacted and advanced NASA’s flight missions?

Justin Michaud: Absolutely. Paul is actually the technical point of contact (TPOC) for our current NASA MSFC Phase 2 SBIR, which is focused on developing and scaling surface finishing processes for a range of superalloy materials (IN-718, JBK-75, and NASA HR-1), primarily for rocket nozzle application, as well as some fuel injector applications. When Paul first approached Dr. Agustin Diaz, REM’s Lead AM Scientist, around 2017, regarding the polishing of IN-625 components, REM did not have an effective process for this material or other superalloys.

However, we had shown very positive results on Ti-6Al-4V which suggested that there was strong potential for our technology.  This led to REM submitting and winning our first ever SBIR award—to develop a surface finishing/polishing process for AM IN-625.  We were successful in this SBIR, which then led to our current Phase 2 engagement. The superalloy polishing processes that REM has developed are important to NASA as it is generally desirable to remove ~0.020” of material from the hot wall of rocket nozzle components in order to remove all near-surface porosity, to reduce the roughness from as-printed levels to values that equal or exceed standard machined surface finishes, and to produce the desired final wall thickness uniformly across the interior or hot wall surfaces.

REM is also working with NASA to develop processes that facilitate the polishing of the inner wall cooling channels in order to remove the granular roughness imparted by the AM building process and in turn improve the flow dynamics of these channels. These processes are enabling improved AM rocket component performance as is being demonstrated with the RAMPT and LLAMA projects for which REM has supplied polished components which have been successfully hot-fired. If all goes well, these developments will lead to increased affordability for space launches and derivatively increased access to space itself.

It is important here to highlight Paul and NASA’s vision with these projects and the impact that they can/are having on the AM industry. Technology readiness levels of advanced manufacturing processes such as REM’s polishing technologies are being advanced at a rapid pace that would not have been otherwise possible without NASA’s support and funding. Additionally, public databases of material properties and component performance data are being generated that will allow easier adoption of these technologies in the commercial space.

GDH: REM is also involved in the defense and military manufacturing spaces. How does 3D printing benefit the military? And, what kind of surface challenges are they currently facing, and how can they benefit from surface engineering?

Justin Michaud: 3D printing has huge potential for the military. The DOD spare part ecosystem is massive, and, partly as a compliment to the original designs, there are thousands of parts that were originally designed and manufactured over 50 years ago. While it is great that these platforms (planes, aircraft carriers, etc.) are still operational and supporting the US’s defense needs, sourcing these sorts of legacy components becomes more difficult and costly every year.

Two of the biggest themes at every DOD conference/event I have ever attended are “readiness” and “sustainment.” Readiness has to do with ensuring that our military equipment is always ready to be used if required, and sustainment is the cost of maintaining all of these assets.

We want to have as close to 100% readiness at all times as possible while reducing sustainment costs wherever possible; obviously, these goals can work in conflict with one another, and with these legacy spare part requirements where fewer suppliers exist/are qualified to produce the components, and order sizes are generally smaller than what is efficient, it’s not uncommon for parts to have >1 year lead times and cost multiple orders of magnitude more than they would if efficient order sizes could be used.

That is where metal AM has the potential to drastically affect our readiness and sustainment goals; there generally are not large quantity buy requirements with metal AM in order to achieve cost savings, and the building process is very fast as compared to the long lead times of many of these legacy parts.

However, surface finish and material property databases are big hurdles to implementing metal AM as a sustainment source. That is where a lot of REM’s work with NASA and with the DOD is helping to bridge this hurdle. REM is seeking to supply highly flexible surface finishing/polishing technologies to allow AM components to meet legacy, machined or cast specifications. By doing so, the road to implementation of AM as a sustainment strategy can be shortened considerably as qualification can be reduced.

GDH: Are there any exciting government-focused AM or surface engineering projects coming down pike at REM that you’d like to share?

Justin Michaud: REM is actually seeing quite a lot of momentum in the government-focused and government-related AM space right now. We are wrapping up our Phase 2 NASA MSFC SBIR this summer, but we already have an active Phase 3 which is likely to expand in the coming month. This Phase 3 is heavily focused on hardware processing in order to supply more and larger components for NASA’s ongoing testing programs.

We are also submitting our Phase 2 Extended application shortly with NASA where we will be seeking funding to scale the technology beyond what was funded and developed in the Phase 2 of ~35K sized rocket engine components to much larger component sizes, potentially up to ~6 x 6 x 6’.

As a result of the work REM has done with NASA MSFC, the commercial space industry has become a new area of business for REM. We are actively working with multiple commercial space companies on rocket propulsion and/or turbomachinery applications, and several of these companies are already hot-fire testing the components that REM has polished for them—really exciting stuff.

Further building on the work REM has done with NASA MSFC, the USAF is actively involved in the development of AM rocket propulsion activities, and REM is engaged with the Air Force Research Lab (AFRL) to this end.

REM is also working very closely with NASA JPL on a number of projects to support their increased use of AM in applications similar to the recent Mars Rover, Perseverance.

However, it is not all NASA and rocket propulsion. REM recently won two Phase 2 SBIR’s with the Air Force, both of which are focused on developing/optimizing polishing processes and the broader AM manufacturing strategy for implementation into the sustainment/spare part supply strategies I referenced above.

We are working with both the Ogden Air Logistics Complex Engineering Directorate and the Air Force Life Cycle Management/Armament Sustainment Divisions with support from both the Rapid Sustainment Office (RSO) and the AFRL on these two SBIRs, and we will be working with them to accelerate the implementation of AM to meet their spare part requirements via the utilization of our surface finishing/polishing processes for aluminum, titanium, and superalloy applications. 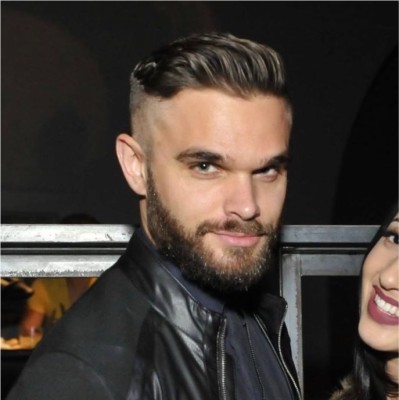