Just last week, the American Society of Civil Engineers (ASCE) released its report card for America’s infrastructure. This report is released every four years and assigns a grade to multiple different critical infrastructure systems that are essential for driving commerce and providing essential services to American citizens.

Unfortunately, many government agencies are lagging behind the private sector in the adoption of BIM technologies and processes. To help government agencies overcome their reticence and begin the journey from CAD to BIM, IMAGINiT is hosting an event entitled, “Leveraging BIM in Your Organization: How to Eat the BIM Elephant.”

We recently sat down with IMAGINiT’s Peter Costanzo, one of the speakers at next week’s event, to learn more about the benefits BIM could deliver to critical infrastructure projects, the challenges keeping agencies from embracing the technology, and what can be done to make adoption easier and more seamless. 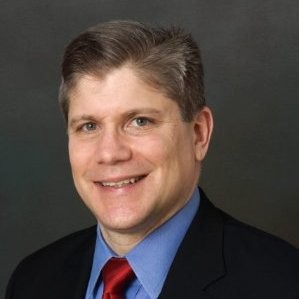 Peter Costanzo: We talk about BIM as a technology, but it’s also a process. BIM starts as a design tool, but then it begins a process of gathering and aggregating information through the design and construction process – and that data can have many disparate and beneficial uses both during and after construction.

This was a large factor in the Autodesk investment in PlanGrid. There was a real focus on realizing a return on investment (ROI) in construction. And, using the smart elements of BIM, 3D clash detection, and improving communication between the office and the field, projects can be done more quickly, and problems can be identified and resolved in advance so that construction projects no longer end up significantly over budget and behind schedule.

But the biggest “bang for the buck” with BIM involves the aggregation of good data about facilities or infrastructure coming out of that construction phase.

Anywhere between 65 and 85 percent of the cost of a building or public infrastructure project is in the maintenance and management phase of the lifecycle. BIM can provide a repository to get good data so that – from day one – an organization can be maintaining that infrastructure or the building and the equipment within it.

In the past – at the end of a construction process – the building owner would get a trove of documents regarding details of the project or facility, particularly assets, long after the project is complete. The concept of utilizing BIM is that you’ll get data that can be imported directly into the maintenance management system. So, on day one you’re already keeping track of the maintenance that needs to be done and doing preventative maintenance to keep the infrastructure or building and its systems operational.

GDH: We’re increasingly hearing people talk about digital twins in the AEC industry. How does BIM enable the digital twin concept, and what will digital twins allow facility owners and managers to do in the future?

Peter Costanzo: One of the hottest topics or buzzwords in the AEC industry today is the concept of Digital Twins. The creation of Digital Twins is essential in enabling other important trends, including the adoption of smart buildings and smart cities. In order to have smart buildings and smart cities, you need to have a core data set about the facilities to roll that information up in.

“…we’re at a major shift within the AEC industry. IMAGINiT’s facilities practice got its start in 1985 during the paper to CAD transition – when people were taking drawings and started to store them electronically. In facilities today, we’re at the next major shift from a 2D world to a 3D world.” – Peter Costanzo

What BIM provides is –the foundational elements of a digital twin – to which you can start adding the other elements of the digital world.    Combining that Digital Twin with other data sources becomes very powerful.  An example of this is Indoor Wayfinding where the information from the model is leveraged along with smartphone.

As we talk about integrating the Internet of Things (IoT) with Digital Twins – and as the sensors that drive IoT come down in price – it becomes increasingly cost-effective and beneficial to use sensors to monitor equipment and assets within a building or facility – temperature, humidity, power usage, etc. That enables organizations to do true predictive and preventative maintenance on equipment, where IoT and Digital twins work together to address issues as soon as red flags are noticed and not after the equipment fails. It also makes scheduling and ensuring regular maintenance is done and facility staff is being held accountable.

Ultimately, BIM provides the backbone for the digital twin that enables all of these smart building and smart city benefits.

GDH: IMAGINiT has an event coming up about getting started in BIM. Why is this necessary? Despite all of the benefits, are government organizations and agencies still not all using BIM?

Peter Costanzo: Right now, we’re at a major shift within the AEC industry. IMAGINiT’s facilities practice got its start in 1985 during the paper to CAD transition – when people were taking drawings and started to store them electronically. In facilities today, we’re at the next major shift from a 2D world to a 3D world.

There are many government organizations and agencies that have yet to make that jump. But for a very good reason –  it is a big change in technology and methodology.

That’s why we picked the topic of this event and chose to focus on, “How do you eat the BIM elephant?” It’s a massive, daunting change and there are many different ways to approach it.

You need to have a plan to convert your existing facilities from CAD to BIM. For example, one way is to look at moving to BIM with new construction projects and try to identify the types of data that you’re going to want to generate during your upcoming projects.

More often than not, folks don’t know how to get started – it almost seems too complicated.

GDH: What would you say is the largest factor or set of factors keeping agencies from embracing BIM solutions?

Peter Costanzo: Aside from the concern about where to get started and the paralysis that the uncertainty creates within the organization, there are a number of factors that are keeping agencies from making the jump from CAD to BIM.

First off, this is a paradigm shift and people have to be ready to make the jump. This is also a commitment that requires quite a bit of change within the organization – from increasing collaboration between different teams and functions within the organization to adding additional layers of planning and decision making to construction projects.

The movement from CAD to BIM is a commitment that involves groups that haven’t traditionally worked together needing to do so. As the agency makes the move towards BIM, the facilities and construction teams need to increasingly work together. Part of that collaboration involves identifying the data elements that are incorporated into BIM models.

They also have to collaborate to identify the level of detail and data that will be included in the BIM model. You can have a BIM model that is incredibly complex or very simplistic. The construction and facilities teams need to analyze what is needed moving forward, how that data will be generated and aggregated, and what will need to be done to maintain that data in the future.

GDH: Why should the people who make things for the government attend the upcoming event? What do you think they’ll learn?

From an AEC perspective, they’ll also get a better understanding of the value of the data that’s inside the models that they’re creating for their organizations.

Regardless of where they are in their journey from CAD to BIM, there will be some value from this event.

Click HERE to watch the Webinar, “Leveraging BIM in Your Organization: How to Eat the BIM Elephant,” on demand.

How advanced space manufacturing brings the solar system within reach