Autodesk Vault’s most recent release has powerful new features. While many of the new features offer new options and tools on the administrative side of Vault, users of Vault Professional can leverage a new tool to manage duplicate parts.  This feature, Duplicate Search, first appeared in Vault 2020 in a point release update but is now part of Vault Professional’s 2021 tool set.

Vault has long been able to search for duplicated file names.  Duplicate Search moves beyond this simple function.  The tool compares the geometry in drawing files for duplication.  If duplication is found, a report is generated describing the number of files that are duplicates.

There are some rules for comparing the files.  A part is considered a duplicate if the solid bodies in the Inventor part file have exactly the same geometry.  The number of solid bodies is ignored, and differences in material and orientation are also not factored in.  Interestingly enough, the file name is also not considered.  Files could be duplicates could have different names but the same geometry the duplicate geometry search would flag them as duplicate.

In the image above, all the parts shown would be considered duplicates. 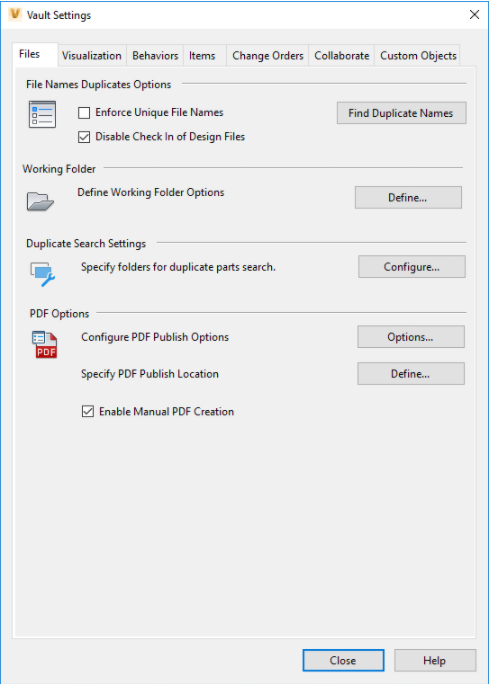 Once the folders to be searched have been configured, Vault Professional will automatically begin indexing the geometry in part files that are in the designated folders.  This geometry is automatically compared, and a report is generated detailed duplicate files. 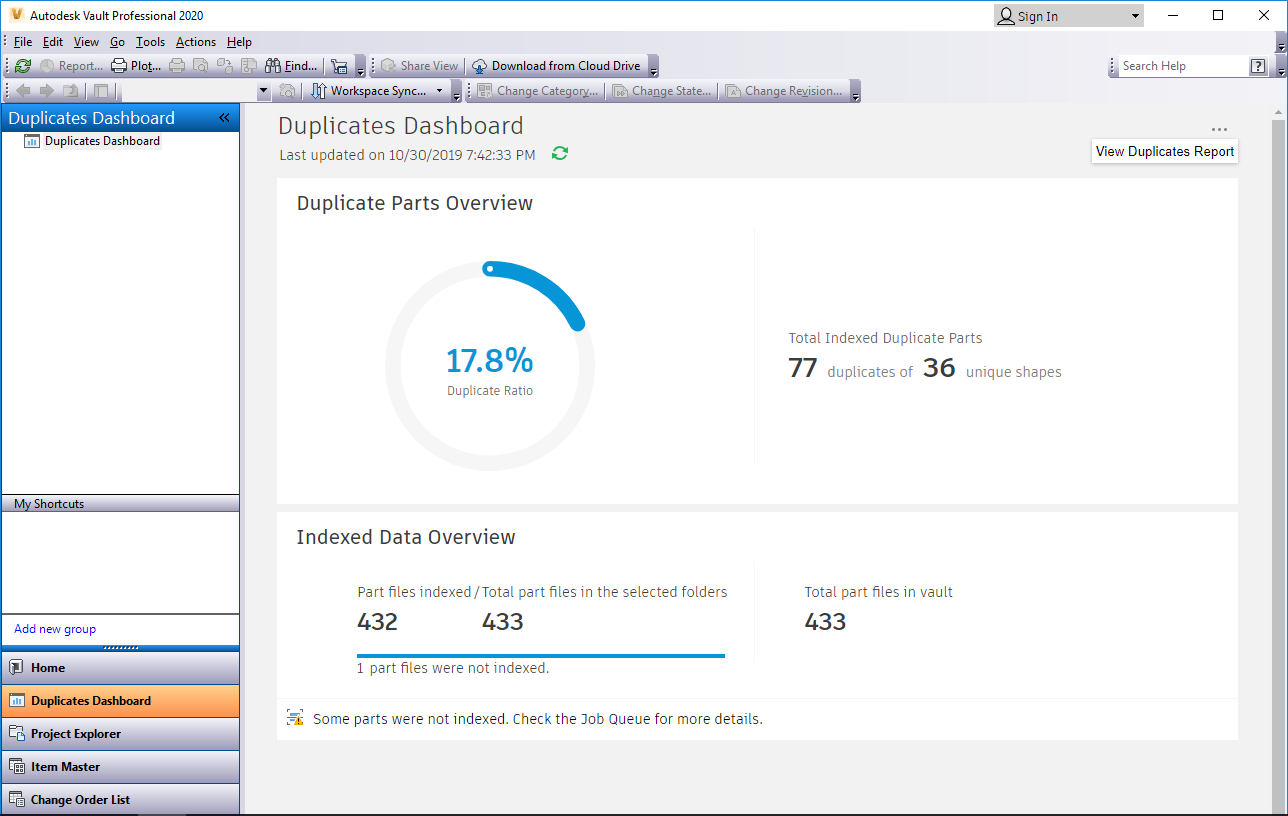 The Duplicates Dashboard gives insight into the duplicate files found.  The duplicate ration show as a percentage how many of the files indexed are duplicates of each other.  The total indexed duplicates show the number of duplicate parts of the same shape.  The indexed data overview shows how many files in the selected folders have been indexed.

In the above example, one file was not indexed.  The most common reason as to why a file could not be indexed is that is the file is corrupt.  Another possibility is that the file is in a older version of Inventor.

A report of the duplicated can be generated and exported to Excel, Word, or as a PDF a file.

The rules that Vault Professional uses to determine if files are duplicates of each other guarantee that the number of duplicate files will always be greater than zero.  Inventor parts are often the same geometrically but differ in material.  Mirroring parts to create a left hand and right hand version is a valid workflow.  The goal is not to reduce duplicated parts to zero but to make sure that the parts that are duplicated are the correct ones.

If files are inadvertently duplicated, the report will show which one.  Once a user is aware of unnecessary duplicates they can use the Replace and Replace All functionality available in Vault to change once component for another.  This tool is found under the Edit menu. 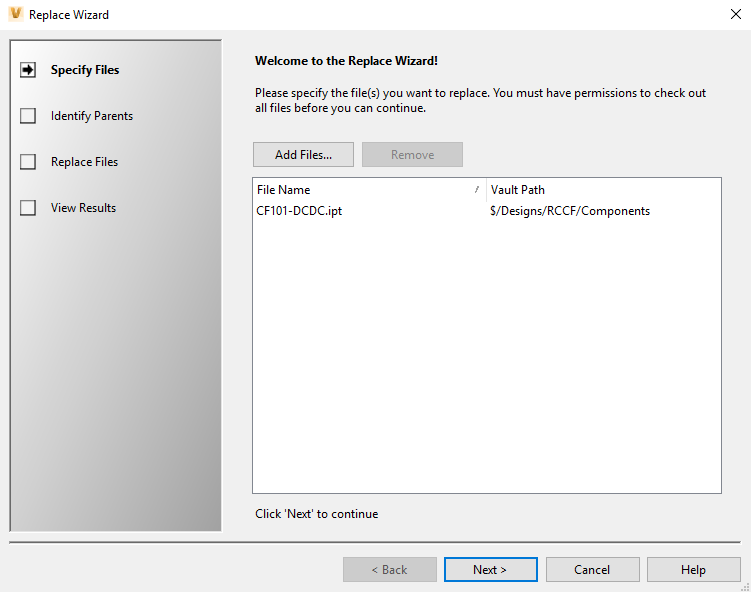 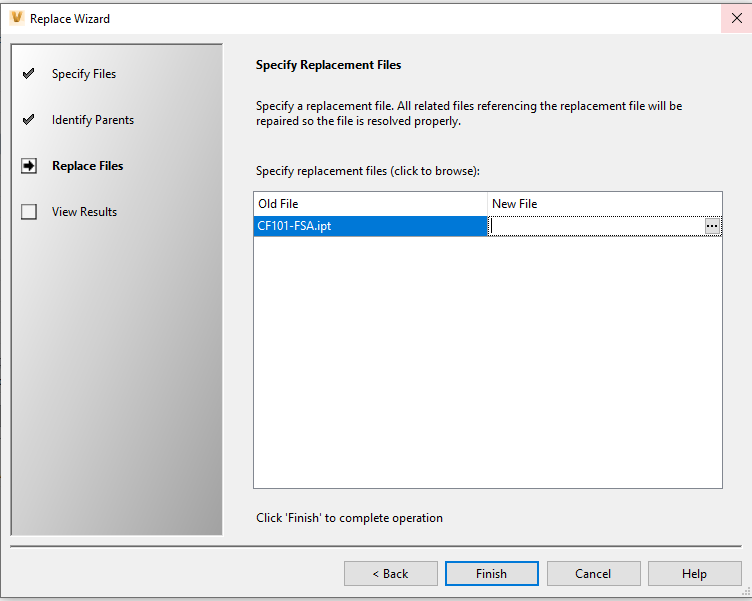 The assemblies that reference those parts will be updated the next time that they are opened.

This tool affects many assemblies at once, but follows the same rules as replacing a file in Inventor.  If the new part’s geometry is wildly different than the one it is replacing it is possible that constraints could fail.  Assemblies that are to be updated must be in a Work In Progress state or other editable state to allow for the update to take place. 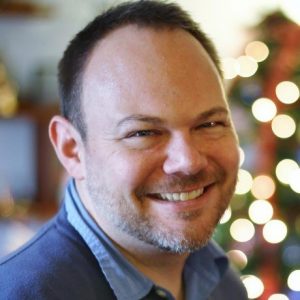 Caleb is the Manufacturing Solutions Team Manager at IMAGINiT Technologies. As a result of training for more than 10 years, Caleb is extremely knowledgeable in the latest CAD technology and is a dynamic presenter. He considers his greatest strength to be the ability to take complex topics and make them understandable to technical and business professionals. He has trained more than 1,000 people on various types of CAD software and written several educational whitepapers. Caleb’s presentation and customer-relationship skills are top-notch. He has traveled across more than 35 states delivering tailored presentations and customized technology refreshes to diverse audiences. He has created numerous training manuals for a range of clients, successfully moved many companies from 2D CAD to 3D CAD, and has trained people in a wide range of disciplines. Recently, he has managed a customer’s team of engineers and improved their utilization from 40% to 55%.

Seven tips for maximizing your IWMS