Autodesk BIM 360 is a cloud-based construction management platform, consisting of several unified modules based on a common data platform spanning the project lifecycle. This platform has largely been tailored to the building and construction industries but has extended its collaboration module, BIM 360 Design, to Civil 3D.

Each module in BIM 360 provides different functionality and solution, all based on a common data repository, BIM 360 Document Management, or ‘Docs’ for short. BIM 360 Design, the module for collaboration enables users to collaborate on Revit, Civil 3D, and Plant 3D projects from anywhere with a suitable internet connection. BIM 360 Collaboration for Civil 3D, a subcomponent of BIM 360 Design, enables users to securely collaborate on Civil 3D projects including support for Data Shortcuts, external references, and sheet sets. 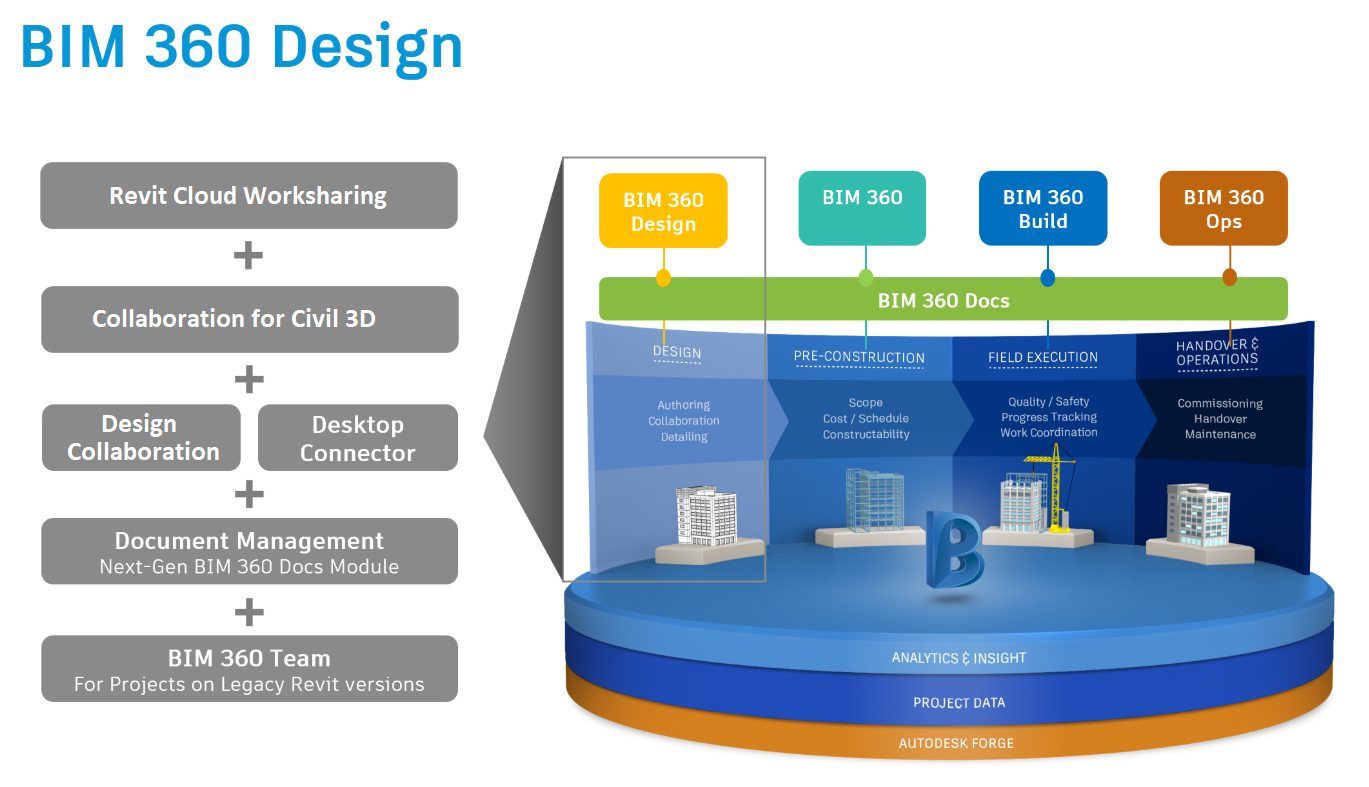 This is an exciting addition to the BIM 360 platform. Prior to this, Civil 3D projects were typically hosted on a local server environment, Autodesk Vault Pro, or other 3rd party solutions. Both of which were primarily a solution for inside the WAN and sharing outside that environment was difficult. Now as a part of BIM 360, the data is cloud-hosted allowing for easy scalability and availability. Projects and their users, folder, permissions, etc. are set up in the cloud admin portal, and data is accessed via the Desktop Connector; a utility that integrates BIM 360 Document Management with the user’s Windows File Explorer.

Before you can start uploading files, you need a place to put them, a BIM 360 project. If you are a BIM 360 account admin, you can create a new project, or if you are joining an existing project, you will need to be invited by an admin of the project. This project could be on your company’s BIM 360 account, or the account of a company you are collaborating with.

The BIM 360 Account is the storage container for a company’s BIM 360 projects, and configurations. You will likely be invited to projects on multiple accounts. When you are invited to a project, you will be notified via an email invitation; be sure to accept the invitation.  Once you accept, you will see that account, and any project(s) from the account you are invited to in your project list.

The last step is to install and sign into the Autodesk Desktop Connector. You can download the Desktop Connector HERE. The installation is simple, run the .exe file that is downloaded, and click Install. Once the install finishes, sign in with your Autodesk account. This will put a ‘BIM 360’ location in ‘This PC’ in your Windows File Explorer. You will then be able to access files from any BIM 360 Accounts and Projects you are invited to via Windows File Explorer or the BIM 360 web portal.

The Desktop Connector functions in a ‘Files on Demand’ method. This means though you see the entire set of files/folders, they are not all stored on your local system. When you access a file, it is then downloaded to your system and cached locally until it has been unused for 15 days, after which it will be automatically removed from your local cache.

Now that you have Desktop Connector installed and connected, a license to BIM 360 Design, and are a member of a BIM 360 project, you can get started with setting up and using Collaboration for Civil 3D.

Now that you are assigned a license, and invited to a project, it’s time to set up the folder structure. This can be done in the BIM 360 Docs web portal or using the Desktop Connector folders. If you have a folder structure already created that you want to copy to this project, use the Desktop Connector as there currently is not a folder upload in the web portal. There are two default parent folders in Docs; Plans and Project Files. The Plans folder is predefined for markup, review, and a digital equivalent of printed contract drawings. However, it is not accessible through the Desktop Connector, making it also not accessible through Civil 3D. All Civil 3D project files need to be placed in the Project Files directory. Copy your project data by dragging and dropping or using the CTRL+ V keys to paste. Currently, there is no right-click context menu in the Desktop Connecter for Copy/Paste, etc., only ‘New Folder’.

Once you have pasted or dragged and dropped your data, a ‘Transferring Files’ window will appear to let you know your files/folders are being uploaded. You can also monitor the upload status via the Pending Actions dialog box. To view pending actions, in the System Tray of Windows, you will see the white Autodesk ‘A’ symbol of the Desktop Connector. Right-click on the icon and select ‘Pending Actions’ to open the dialog box.

As you are working in the Collaboration for Civil 3D environment, it is a good idea to have the Pending Actions dialog open to monitor for sync or other issues that could occur.

Now that you have project data uploaded, open Civil 3D. Currently, only Civil 3D 2020.2 and later versions are supported. If you do not have the 2020.2 update installed, you need to install the update before continuing. The start screen for Civil 3D has a ‘BIM 360’ location where you can browse the accounts/projects you have access to. The dropdown at the top of the open section allows you to switch the account and project you want to view files from.

On the metadata ribbon, to the far right is a gear icon that lets you select what meta-data you see about the files. I like to turn on at least ‘Locked State’, ‘Local State’, and ‘Locked By’ fields. Click on the file you want to open, or right-click to select between ‘Open’ and ‘Open Read-Only’.

As the file opens, the file is automatically locked so only you can modify it. (Unless, of course, you selected Read-Only, or it was already locked, and it forced Open Read-Only) You can also manually lock a file without opening it by right-clicking on the file in the Desktop Connector and clicking ‘Lock’.  Manually unlock files you have locked in the same way. Be careful not to unlock a file you have open in Civil 3D; another user could lock the file and cause you to lose your work. It’s best to let the lock/unlock happen automatically by the software whenever possible.

Next you need to set your Data Shortcuts working folder. Data shortcuts are managed through the same dialog that is typically used; Data Shortcuts on the Prospector tab of Toolspace. To set the working folder, right-click on Data Shortcuts in Toolspace, and select ‘Set Working Folder’, then browse to the BIM 360 location you want to store shortcuts and hit ‘Select Folder’. Once selected, you will see a blue cloud icon, as well as a BIM 360:\… location set.

You can then create and reference Data Shortcuts the same way you are used to.

Civil 3D X-References are also supported. When dragging and dropping or pasting files through the Desktop Connector, XREFS are automatically checked, uploaded to BIM 360, and paths updated.  Even if you only copied in the host drawing, the XREF check will see that drawing has a reference, automatically go get that reference file if it can be resolved, and upload it, updating the path to a BIM 360 location. The referenced file will be copied to the project location, replicating the directory structure where it was found.   If it is not able to resolve the reference, you will get an error message saying ‘Failure Gathering References’ and the missing XREFS will be ignored and the host drawing uploaded with a broken reference.

To create a new reference, you follow the same procedure you normally do, but select the file to be referenced from the Desktop Connector folder structure. If you look at the absolute path for a reference you will notice its pathing to your C:\Users\UserName… Folder. But don’t worry the BIM 360 Design system makes the translation in the background to the cloud. Even though it shows a local path, when another user opens, it shows their local location of the desktop connecter, the translation from a local folder to cloud is being made in the background.

The most recent feature addition is the support of Sheet Set .dst files. This feature is available with the August 11th, 2020 update to Desktop Connector version 14.1.0.1074. This adds two notable new features. When uploading a .dst file through Desktop Connector, the related drawings will also be uploaded automatically. When opening a Sheet Set, all referenced files will be automatically locally cached.

This is an exciting addition to the Collaboration for Civil workflow. For many, Sheet Set is an integral part of their project and these new features bring much needed Sheet Set compatibility.

From our initial testing, the one remaining pain point with Sheet Set support is consuming new changes to the .dst file that others have made, while you have the sheet set open. When changes are made to a .dst file, the changes are synced back to the cloud. When another user opens the sheet set, their local file is updated to that latest version. However, if you had the sheet set open when the changes were made, your local .dst file is not able to update to reflect the changes immediately. Desktop Connector will see a new version is available, the local status of the file will be ‘stale’.

Because you have the file open, it cannot sync and update. To get the sheet set to update, you need to close and reopen Civil 3D. You can then manually sync Desktop Connector, or it will auto-sync when you reopen the sheet set. From our testing, closing the sheet set, SSM, open files etc. was not enough to get the .dst file sync to happen, Civil 3D had to be closed and reopened.

The Collaboration for Civil 3D module of BIM 360 Design is a great addition to BIM 360’s collaboration capabilities. Supporting Data Shortcuts, Xrefs, and Sheet Sets is a well-rounded solution. Though Sheet Set support has some pain points to be ironed out, BIM 360 is being constantly improved and it will only be a matter of time until these, and any other issues are fixed. 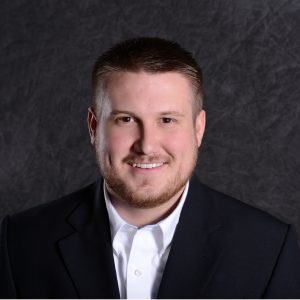 Bryson has worked in the IT industry since 2008. During this time, he has been involved in many aspects of IT including, Systems Administration, Networking, Telecom, Hardware, and IT consulting. He has supported large and small companies in a variety of industries including healthcare, software development, engineering, and architecture; plan, implement, upgrade, and maintain their IT infrastructure. At ProSoft, Bryson admins all aspects of the internal IT infrastructure and oversees ProSoft’s custom workstation and server division. With his knowledge and experience in IT, he consults with companies worldwide on the planning, implementation, and training of Autodesk data management and collaboration software. As well as assisting customers with the licensing, installation, and deployment of Autodesk products.

Seven tips for maximizing your IWMS