Affordable Housing and Military Construction Get a Boost from Space Technology

In our previous conversation with Jacobs’s Digital Delivery Director, Kurt Maldovan, we discussed how Jacobs is developing radical innovations in additive manufacturing that could make living on a whole different planet a reality.

But these technologies, which are so critical on the final frontier, continue a long tradition of technologies that were developed for space but that can also help solve pressing problems far closer to home, like the affordable housing challenge and the demands of military construction.

In working out how to use less—and more locally sourced—materials and even how to automate and accelerate the building process, the technologies that Jacobs and its partners have created not only begin to answer the challenges that NASA needs to address if humankind is to take up residence upon another heavenly body, but also some of the toughest challenges back here on Earth.

More efficiently and more effectively building affordable urban housing units and military barracks, Maldovan thought, were two use cases particularly well-suited to reap benefits from the technologies he and Jacobs are working on.

To find out why, read on below: 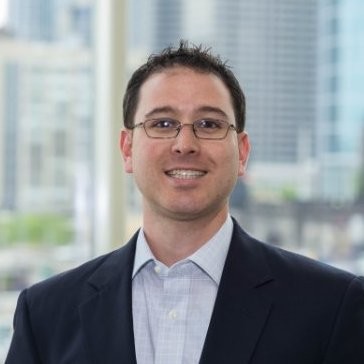 GovDesignHub (GDH): In our previous conversation, you mentioned that both military applications and affordable housing initiatives could benefit from the additive manufacturing technologies you’ve developed for use in space.  Let’s dive a little deeper into both of those use cases.  Why is there such a pressing need for new solutions in affordable housing?

Kurt Maldovan: According to a report for NASA, there are nearly 30 million US households facing a number of housing crisis-related issues, including cost burdens, overcrowding and space inadequacy.

According to the McKinsey Global Institute 2014 report on tackling the world’s affordable housing challenge, globally, slums and squatter settlements are growing at a rate nearly double the growth of large cities in developing nations. In this context, the promise that additive construction brings as a potential source of solutions is very exciting.

Kurt Maldovan: The most tangible benefits of additive manufacturing in this context come from cost savings derived by using in-situ or local materials as well as the ability to construct more housing units in the same amount of time.

Because 3D additive construction is computer controlled, essentially the design does not need to be a box or cookie-cutter. The 3D printer technology is advanced enough to know what to do when it comes to an opening and prior to the start of printing, it defines the most optimum and continuous path of travel. This allows flexibility and adaptability in design.

There are still areas that need deeper definition, such as how is a roof or overhang constructed; can multiple stories be printed; or how to effectively couple multiple 3D printers together to print mega-structures. Firms like Apis Cor are developing solutions that answer these questions.

Kurt Maldovan: Jacobs has worked closely with the Contour Crafting Corporation and the U.S. Army Corps of Engineers (USACE) to develop on-demand structures using local materials for our troops. Everything from culverts, to anti-tank obstacles, to Army B-Huts—which are temporary housing units—are being explored.

In 2013, USACE reached out and the team developed a modular continuous feed printer that could be broken down for transportation via the Army’s Palletized Loading System and reconstructed in less than 11 hours. This system was built on site at the U.S. Army Engineering Research and Development Center, Champaign, Illinois (CERL).

In August 2018, a team comprised of the Marine Corps, Army, and Navy Seabees at CERL printed a 500-square foot barracks hut in 40 hours. In an August 2018 article from Marine Corps Systems Command, it was reported that this technology allowed a team of four Marines to accomplish in two days what would normally take a team of 10 Marines five days to do using wood.

Using robotics and 3D printing allows the warfighter to stay out of harm’s way, and uses less manpower and local materials, specifically in austere forward operating environments or in disaster relief scenarios.

GDH: What other Earthbound use cases do you think would stand to gain the most by leveraging the technologies you’ve developed?  Why are they pressing issues today?

Kurt Maldovan: On Earth, there are numerous applications. Overall, we’re starting to see an influx of robotic applications whereby machines are becoming responsible for ongoing cleaning, operations, maintenance, and retrofitting of the built environment.

With respect to 3D additive construction everything from civil infrastructure and airfield pavement repair, to military base housing, low cost housing, and rebuilding communities following natural disasters are all candidates. The printer technology is here, and many are beginning to commercialize their offerings.