Government and the future of smart cities

I enjoyed delivering the keynotes on the Digital Design Symposium roadshow for Government where the main focus was on the Future of Design.  After some discussion on embracing change and moving to BIM – my keynote changed lanes to focus on “Smart”:  Smart Objects, Smart Buildings and ultimately Smart Cities.

As a society – our expectation level of “Smart” continues to grow.  We become impatient when we have to wait an inordinate amount of time at a street light when no cars exist in the opposite direction.  We take for granted the amazing processing power our Smart Phones have to offer – which is about 100,000 times the processing power of the computer that landed a man on the moon over 50 years ago!  I’ve been talking about a Smart Trashcan (SmartCan by Rezzi) that can take itself out to the curb (think of all the marriages this could save!)  My smart thermostat Nest learns my habits and dictates the temperature of my house.  My car, a Tesla, is a better driver than I am!  Let’s face it – our world is getting smarter day by day.

It’s no surprise then – that the concept of Smart Cities is becoming less of a pipedream and more of a reality.  More and more of us want to live and work in buildings and cities that are sustainable as well as focused on making our lives better and more convenient.

So what makes a city Smart?  There are dozens of definitions to choose from – I actually like this simple definition for a jumping off point:

Smart Cities use data and technology to create efficiencies, improve sustainability, create economic development and enhance quality of life factors for people living and working in the city.  It also means that the city has a smarter energy infrastructure.

Just because a city is connected (Wifi) and using data to make educated decisions does not make them Smart.  If the focus is on “saving money” and the technologies are plugged together for the benefit of the owners and operators – we are talking about a Connected City and not truly Smart.   The key to a Smart City is focusing on improving the experience and addressing the needs of the space’s users. Smart Cities have a higher IQ and capability as well as they truly harness the power of IoT.

In 2015, the White House announced a $160 million federal initiative to help U.S. municipalities become smart cities.  One year later, in 2016, they added an additional $80 million.   If the White House believes in the future of Smart Cities…shouldn’t you?

The Road to Smart

That’s right – there is a $1B Smart Ghost City in New Mexico (that could technically accommodate 35,000 people) where nobody lives (or will ever live).  This creative venture is the brainchild of Pegasus Global Holdings, a U.S. Government authorized prime vendor and manufacturer of defense equipment and technologies.  Here companies can test a variety of innovations such as driverless vehicles (without actually running anybody over) in a risk-free environment.

This people-free Smart City will include office buildings, parks, churches, an interstate highway, power plant, a big box store and a gas station.  Utilities and telecommunications as well as typical zones will also be included.  A giant step forward in the Smart direction for sure!

Someday we will all live in Smart Cities and will look on the horizon to the NextGen City of the future – Intelligent Cities!  These cities use Artificial Intelligence and Machine Learning to continually get smarter so they can look after themselves and their occupants.  I know – it sounds like a Sci-fi movie, but it’s only a matter of time! 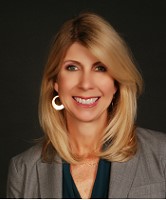 How to get started with advanced manufacturing