For a small facility, this may not seem that important or beneficial. But what about a large facility with multiple buildings, such as a college campus, a military base or an airport?

We recently sat down with Jose Covarrubias, the BIM/CAD Manager at the Tampa International Airport, to find out all about how BIM is changing operations and impacting procedures across their massive facility – which played host to more than 21 million passengers in 2018.

Jose will be presenting at the upcoming Digital Design Symposium in Tampa, where he’ll be talking about the benefits that BIM has delivered to the airport, how they’ve saved money and time with BIM models and how other government agencies and organizations can benefit from BIM.

In part one of our two-part conversation with Jose, we talked about his roles and responsibilities at the airport, the airport’s move from CAD to BIM, and the ways in which BIM has changed things for the better across the airport. Here is what he had to say: 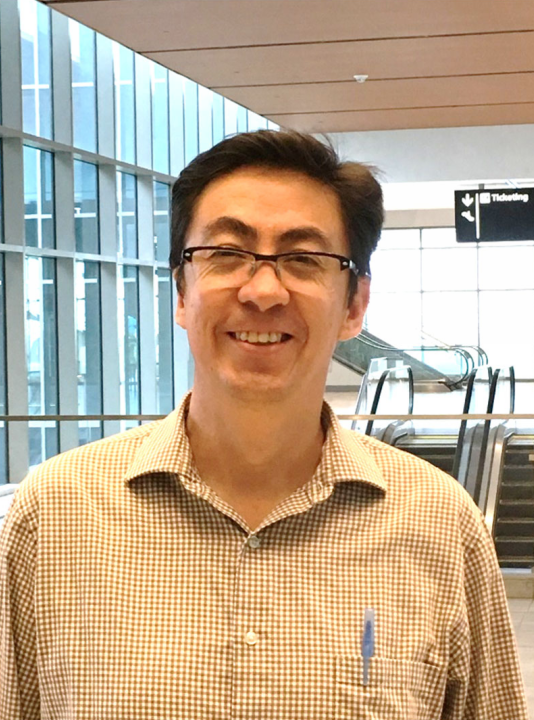 GovDesignHub: Can you tell our readers a little bit about your role and responsibilities at the Tampa International Airport?

Jose Covarrubias: As you can imagine, the airport has tons of [BIM and CAD] information from 1968 to the date. In that time period, we’ve been building on one side, demolishing on another side, expanding another place, acquiring lands. There is a lot of change and a lot of information being generated, so my job is to organize the information. That’s where I started when I began my work with the airport.

In addition to organizing CAD and BIM data, I also provide CAD and BIM information to the GIS team so they can use that information and create the Atlas map for the airport.

In the near future, much of my time will be spent just trying to organize all of this information that I’ve inherited. But, in the next few years, my plan is to start creating application management programs and to see what other new technologies we can implement to make operations better and smoother for the airport. For example, I’m very interested in using drones for surveying and in developing new ways to integrate the information that we get from consultants to make that workflow better and smoother.

GovDesignHub: How are BIM models and BIM data being used by Tampa International Airport? What benefits does BIM deliver to the airport?

Jose Covarrubias: Tampa International Airport is expected to grow from servicing 21 million passengers per year in 2018, to servicing 28.7 million passengers per year by 2031. BIM is playing a large role in the planning process for that expansion. But it’s not just beneficial for planning new buildings, it’s also an effective tool in maintaining and managing existing buildings.

BIM tools give us the ability to easily and accurately measure square footage. That can be really important in the pricing and management of contracts. Retailers want accurate measurements for rental space in the airport. Being able to generate that information for them accurately and quickly is important.

It also can save the airport money. Maintenance and cleaning contractors charge based on square footage . We contract with a company to do that work, so we have to be very accurate in how we’re measuring our cleanable area. Because we have hundreds of thousands of square feet, it’s a million dollar contract and small inaccuracies in square footage can add up and make a large difference in monthly costs.

Then there’s maintenance crews and repairmen. In the past, if there was a wall that needed to be removed or a repair that was needed, they’d have to come and pull plans from my office. Then, once the work was done – especially if it involved the removal or subtraction of something structural – they’d have to come back to make sure those changes were reflected in the files.

BIM 360 Docs has been groundbreaking here, even though we just implemented it months ago. Even individuals with no previous experience in CAD or BIM are able to use the tools and it’s making their jobs easier. In the past, we had to print out sheets for them to reference on the job. They’d then have to physically mark those with their changes and then return it to my office to update the floor plans. This would have to be repeated every time work needed to be done.

Now, all they need to do is open up BIM Docs, look it up, make their changes and then send them to me. I make sure that change is reflected in the BIM Docs. Overall, it’s a process that takes 5 minutes and is all done via an iPad or other smart device. We’re saving paper and time.

That’s an important part of the airport’s future. Incorporated in the master plan for the airport is to construct a new “Sky Center” in the next two years. Part of the goal of that new “Sky Center” is that they’re going to go paperless wherever possible in hopes of using 80 percent less paper in the airport. Revit and BIM 360 Docs is perfect for this since, instead of using tons of sheets and printing, we’re just going to use tablets and iPads.

GovDesignHub: What prompted the change from CAD to BIM at Tampa International Airport? How has making that change affected the organization?

Jose Covarrubias: The change really started with the consultants. We work with big architectural companies and builders, and they’re already using Revit. For them, it makes sense to use the most current tool to design and build. And I believe that’s what happened here.

Four or five years ago, the airport started getting Revit files instead of CAD files. But, what the airport found was that there were significant advantages with Revit. It allowed them to quickly and easily build a floor plan, extract square footage and extract volumes. It allowed them to do facilities management. It allows the airport to save time in information gathering and access. From an iPad, maintenance crews and repair people can get a query on the Revit model and have all the information that they need.

For example, I mentioned cleanable spaces – janitorial spaces – those areas are not created during the design because those areas are defined while you’re managing the building. Once we had the final Revit model, we were able to start making modifications and add in the cleanable spaces. We now are able to access those cleanable spaces and edit them as necessary, based on changes to our tenant map. So, if a new tenant creates new walls, or tears down other walls or expands some space, that Revit model can be modified and easily shared so that the changes are documented and all stakeholders know about them.

If you want to learn more about the benefits of BIM in building design, construction and management, click HERE to register for the upcoming Digital Design Symposium. Or, click HERE for part two of our conversation with Jose.

Drones and GIS – what the future holds for Tampa International Airport