While the summer may bring us beautiful weather, sunny days and fun – albeit awkward – family road trips, it also brings something far less welcome. The summer kicks off the hurricane season in the United States – which extends from early June to the end of November. The summer also brings the warm, arid weather that often opens the door to destructive wildfires across much of the drier, drought-stricken parts of our country.

According to numbers from the National Oceanic and Atmospheric Administration (NOAA), recent Hurricanes Harvey, Irma and Maria caused more than $250 billion in damages. And that’s just the loss and damage to property. That doesn’t include the human loss – all of the people that were hurt or killed by those storms. It’s estimated that Hurricane Maria may have killed more than 3,000 people. But hurricanes don’t have the market cornered on destruction. The recent Camp Fire in California was responsible for more than $16 billion in damages, caused the evacuation of more than 50,000 people and resulted in more than 80 fatalities.

What’s even more frightening than the damage caused by these natural disasters is the underlying trend that we’re seeing – these disasters are becoming more frequent, more ferocious and more costly every year. In fact, those three hurricanes I mentioned above all happened in the past two years and were all among the five most costly in history. The other two – Hurricanes Katrina and Sandy – both happened in the past 15 years. The Camp Fire was the deadliest and costliest in California history, and it just happened last year.

Many scientists and experts attribute this increase to global climate change, with the increasing temperatures and drier weather impacting the frequency and ferocity of wildfires, and with warmer ocean temperatures making stronger hurricanes develop more often. And, if that’s truly the case, things could potentially get worse in the coming years. Which should make disaster preparedness and a focus on disaster response a top priority for our country.

Luckily, government agencies and the private sector are identifying areas of improvement from our responses to previous natural disasters and innovating new and exciting ways in which to fix problems. One of the problems that has plagued disaster response in the past has been a lack of temporary housing for those impacted. But a new approach to building emergency shelters could change that.

Emergency shelter assembly lines?
Last month it was announced that Autodesk, a maker of digital design solutions and applications – was investing in and partnering with

FactoryOS, an offsite construction company that makes prefabricated buildings and dwellings. As part of this investment, FactoryOS will be establishing a new manufacturing space where they’ve been tasked with creating prefabricated emergency shelters that can be rolled out to survivors of natural disasters. 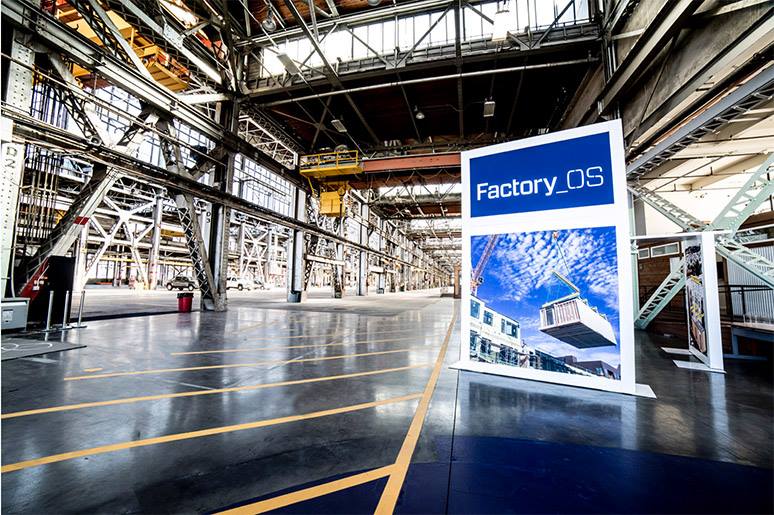 The prefabrication model is an excellent alternative to building on site in areas hit by disasters. The units can be built quickly via an assembly line model, with the assembly line having individual stations, each responsible for a different step of the construction process. According to a recent article in FastCompany, FactoryOS can currently, “…build four to six apartments a day; by 2020, it expects to be producing 8 to 10. With the Rapid Response Factory, it may be able to produce 12 to 16 units a day by 2021.”

The units are also quite inexpensive, making them perfect for emergency response, since natural disasters are wide-ranging and impact so many people and homes. These prefabricated units cost anywhere from 30-50 percent less than traditional construction, ensuring that more people can receive shelter at the same cost.

Most excitingly, these prefabricated units can function individually or as part of a larger structure. According to that same article, the units are built like LEGO blocks, with the ability to be “…slotted into a larger frame.”

Ultimately, these new, prefabricated emergency shelters could be a rapidly-produced, inexpensive alternative to constructing emergency housing and shelters, while providing a better alternative to the shelters previously used by the Federal Emergency Management Agency (FEMA), including the notorious FEMA trailer. And much of this is a result of today’s advanced digital design solutions.

Digital design makes it possible
The evolution of advanced digital design solutions – including building information modeling (BIM) applications – is opening the door for more advanced prefabrication of buildings, houses and apartments. With the ability to design a complete building in a 3d environment, BIM makes it possible to create prefabricated structures that can be easily deployed where needed and set up quickly.

In the past, prefabricated building carried a negative connotation that implied poor quality. Much of that had to do with the fact that comprehensive designs weren’t available. The 2d nature of designs made it impossible to visualize the entire project together, and tools weren’t available that allowed all stakeholders and vendors to work collaboratively on the project from a single set of plans.

However, with the emergence of BIM technologies, prefabrication is coming back and in a big way. Today’s BIM designs are comprehensive, capable of including everything necessary to make a building work – from electrical wiring to plumbing. They’re also 3d, making it possible to visualize an entire completed building and see how everything will fit together. Finally, today’s BIM tools make it easy to share plans between stakeholders and vendors while eliminating version issues – making it possible for everyone to be on the same page.

Global climate change is threatening to make massive natural disasters and storms a more frequent part of our lives. Our nation and private industry need to partner together to find innovative solutions to ensure that our response to these disasters is comprehensive, effective, fast and efficient. Prefabricated emergency shelters designed with today’s advanced digital design applications are an incredible, inexpensive and rapid solution that could utilize technology to deliver a faster, better emergency shelter following disasters, and that’s just the kind of forward thinking that this problem requires.

The future of military vehicle maintenance on display at Robins AFB

Why Parks and Recreation Departments Should Transition to Civil 3D