It’s no secret that U.S. infrastructure is aging. Consistently low scores on the American Society of Civil Engineers (ASCE) Infrastructure Report Card (a D+ in 2017 – the same grade the U.S. received in 2013) show a nation struggling to keep up with expanding needs. 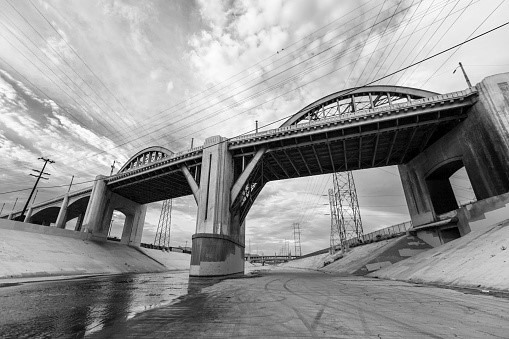 The ASCE recommends that $4.5 trillion is needed to fix the country’s roads, bridges, dams, and other infrastructure. But while cash is king, technology and innovation also play a crucial role.

Aging infrastructure is difficult and complex to maintain, modernize, or replace. The old way of doing things – using traditional systems and 2D processes – only adds to project complexity, while exacerbating budgetary and scheduling concerns.

BIM, big data, cloud, and analytics are all changing how infrastructure is planned, designed, built, and managed. This infographic from Autodesk highlights the ways that intelligent, connected BIM workflows improve project processes and outcomes, helping to deliver projects on schedule, under budget, and provide better design results.

According to the Dodge Data Smart Market Report, 87% of users realize positive value from BIM use with 88% listing “repeatable project delivery process” as a leading benefit of BIM. Meanwhile, 60% of engineers and contractors use BIM to improve team collaboration, stakeholder communication, and project outcomes.

In New Mexico, for example, where current volumes of traffic overwhelm the existing corridor of the Montgomery I-25 interchange in Albuquerque built in 1961. NMDOT plans to increase capacity with additional lanes, larger bridges, and reconfigured off and on ramps to a braided type condition. These are massive changes and were a driving force behind NMDOT’s decision to integrate an Autodesk InfraWorks model into a workflow process to track major quantities, investigate utility conflicts, evaluate design alternatives, and help communicate improvements to the public. Construction on the reconstructed intersection is estimated to start in 2021

The City of Los Angeles Bureau of Engineering is also using BIM to help communicate design intent on a project that involved the replacement of the much loved Sixth Street Viaduct. Featured in countless movies, the structure had become vulnerable to earthquakes due to a chemical reaction in the cement used during construction. To demonstrate to the public that it’s replacement would be equally striking, the construction team used a model-based workflow and a BIM process from the earliest stages to control and understand the bridge’s parameters. The model helped communicate to the public that the bridge was a worthy replacement and would exceed expectations.

Read more about these and other projects that explore how BIM workflows drive efficiencies across infrastructure projects.

Images courtesy of Autodesk and HTNB.