The pros and cons of LiDAR for capturing existing conditions

When it comes to capturing existing conditions, the first question in everyone’s mind seems to be “to scan or not to scan?” With all the technologies out there, the next question is usually “which tool is best for the job?” Complicating the ability to answer these questions is the accelerated pace at which new technology developments and commercially available products enter the market.

When overwhelmed by choices—especially new, unproven and expensive options—we’re often moved to inaction, making it difficult to invest in the proper technology. Which of the scanning technologies on the market are the correct ones for your needs?

Over the last few years, ProSoft has invested in a wide range of reality-capture technologies ranging from traditional, ground-based survey tools to terrestrial laser scanning to unmanned aerial vehicle (UAV)-mounted capture platforms. We now even find ourselves flying drones on jobs that previously may have been captured with terrestrial-based scanners.

What have we found?

While drones seem to capture the majority of headlines these days, terrestrial, tripod-mounted LiDAR scanning is just as important as it always has been, and even more so with the increase in coordinated BIM models.

So, should you consider investing in LiDAR equipment for existing condition capture and modeling? Let’s weigh the pros and cons.

A comprehensive amount of data captured
Even some of the most basic terrestrial scanners take almost 1 million shots per second—and in color! However, don’t be fooled by the ease with which you can capture these vast amounts of data: proper scan planning and location placement is key. Remember, successful data capture relies on a clear line of site, so, if you can’t see it, then more than likely the scanner can’t. In addition, terrestrial LiDAR won’t penetrate walls, vegetation, snow, etc.

Safety
LiDAR scanning is much less intrusive than traditional survey, and you’re typically onsite for shorter amounts of time. A recent scan job of ours was a large ammonia plant—the plant could only be down for two total hours, and, of course, they needed detailed mapping of the system. To make the job even more difficult, we were in hazmat suits so we wouldn’t be exposed to the chemicals. We were in and out in about 45 minutes and captured all the information needed for proper modeling.

As another example, consider the hazards of trying to collect survey data in a busy four-way intersection. It’s like a real-life version of the video game Frogger with much more serious consequences if you get hit by a vehicle. With LiDAR, this dangerous situation becomes much safer. Simply set up the scanner on each of the four corners and another in the middle of the intersection, and collect all the info you need in relative safety.

3D Models Are Better than 2D
A 2D drawing—hand measured or traditionally surveyed—just doesn’t deliver the “wow factor.” And in most instances, a 2D drawing couldn’t accurately portray what’s happening within the project. LiDAR scanning provides such a dense point cloud, and in real color, that it’s almost like being there yourself. You can take more measurements throughout the model and create accurate/complex piping systems directly from the point cloud.

Steeper initial investment
Although the prices of LiDAR scanners have gone down in recent years, a new scanner can still carry a hefty price tag. Some of the new systems such as the BLK360 from Leica can get you into the scan world for a much lower investment, but also come with limitations. Therefore, it’s important to do the research, and think about your market and which jobs you intend to go after. All scanners aren’t created equal, and some may not perform well on your intended project, so know what you need before you buy.

Learning curves
Scanning hardware has been pretty simple to learn, and some devices integrate with mobile devices we use every day. Some systems are a bit more complex, but after you complete a few projects, it’s just like riding a bike, which also helps in the onboarding process for new hires.

However, it has taken some time for the software to catch up to the hardware to fully exploit LiDAR technology. For a while, it was great that we could capture copious amounts of data, but then what? There are several software applications available for scan registration, auto feature extraction, viewing, creating classifications, “virtual surveying,” and on and on. With so many options, it takes effort to determine which software is best for you. Usually you’ll need more than one software application, and each one comes with a slight learning curve.

Many Projects, Many Tools
LiDAR isn’t a “one size fits all” tool. As such, we continuously mix terrestrial-based LiDAR scans with UAV-flown projects, or traditional survey with LiDAR- and UAV-captured data. On a recent project for an oil and gas company, we captured in detail the main portion of a building and conveyor belt with our FARO terrestrial LiDAR scanner, and supplemented those data with a flight of the 20-acre site. The combined data resulted in a detailed as-built of the focal area as well as a way for those offsite to understand the bigger picture without the cost or time involved in scanning

At the outset of every project, we always work with the client to clarify the goals and desired end product; the level of detail of the model (will it be used for modeling or only planning?); and whether the client only wants/needs a 3D point cloud or a true horizontal and/or vertical as-built.

Most of the time, when a client wants something “LiDAR’d,” they simply want a 3D point cloud. But it’s always good to dig deeper, ask them what the end goal is, and ask about the project’s purpose. Sometimes just a few questions can help decide what tool to use and why. There’s a huge difference between a piping system that needs to be 3D modeled in Revit vs. a piping system where they just want a good representation of the existing features.

It sounds a bit odd, but timeline, cost, data acquisition and turnover all are fairly dependent on just a few simple questions. Being impartial to any specific technology and understanding the strengths and weaknesses of different technologies in our toolbox helps us recommend the most suitable and cost-effective approach to each and every project.

Bringing It All Together
Think of using all these technologies like baking a cake: with the proper ingredients and techniques, you can create something amazing. But if you throw an inexperienced cook into the kitchen with shiny tools, you have a recipe for disaster.

Many people, myself included, have invested in a lot of technology early on and have gone through and overcome many obstacles that you surely will face. To avoid disappointment, slow or non-existent ROI, and customer disappointment, consult with someone who has done it before, invest in training if needed, and, whatever you do, don’t do it alone.

The market is quickly learning the pros and cons of vehicle-mounted lasers, stationary/terrestrial lasers, dual scan/survey equipment, drones and so on. The cool thing, at least to me, is that by the time you read this, the technology has already changed. We live is a rapidly evolving time, and I look forward to seeing something new every morning when I wake up! 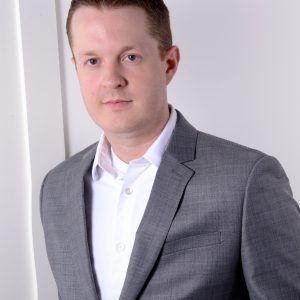 Shawn has been a part of the design engineering community for roughly 14 years in all aspects of design, construction and software implementations.  He has implemented and trained companies across the Country on Civil 3D and other infrastructure tools and their best practice workflows including many reality capture workflows. Shawn can be reached for comments or questions at sherring@prosoftnet.com.

What is a Master Government Aggregator? – a Q&A with DLT