Early last month it was announced that a new partnership between Autodesk and Unity would open the door to what the companies coined, “immersive experiences and more efficient workflows.”

While that certainly sounds fantastic, this is a partnership that may seem somewhat strange on paper. Autodesk is the provider of some of the world’s more revered and widely utilized AEC tools – tools which are used to help design buildings and massive infrastructure projects. Unity – on its surface – is a developer of video game engines.

What could these two companies possibly gain by partnering together?

The answer is both incredibly interesting and outstandingly innovative. The two technologies combined could potentially synergize to reinvent the architecture, engineering and design lifecycle as we know it – opening the door to processes and capabilities that seem straight out of a science fiction novel.

But don’t take our words for it. Instead, listen to Tim McDonough, the General Manager of Industrial at Unity.

We recently sat down with Tim to discuss the new partnership between his company and Autodesk, discuss what the partnership will deliver to users, and talk about some of the other creative and interesting ways in which the companies will be partnering in the future. Here is what Tim had to say: 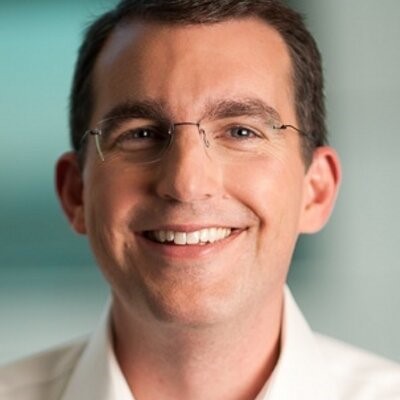 GovDesignHub (GDH): Can you tell our readers a bit about Unity? How did the company get its start and what does it sell?

Tim McDonough: Unity is the biggest company you’ve never heard of. We were forged in gaming and have since expanded our mission to democratize development across industries that our founders wouldn’t have dreamed of, back when we were founded in 2004. Unity currently reaches 3 billion devices worldwide through MWU experiences and has been downloaded 28 billion times in the last 12 months.

Unity permeates industries like automotive, film, AEC, and more, where legacy organizations are using real-time 3D to upend traditional ways of working. Whether it’s the film industry using real-time to trim down production time or the automotive industry closing the doors on clay models and instead designing new digital models in real time, there is no shortage of industries using Unity to carve a new path.

GDH: Why would companies in the AEC industry/marketplace be interested in Unity’s solutions and products? How does a game engine developer’s solutions play in the AEC lifecycle?

Tim McDonough: In AEC, Unity is saving companies millions of dollars and time, and streamlining workflows across the design, build, and operate lifecycle. Using Unity, AEC companies can design, engineer, or construct buildings in VR, allowing clients to experience an environment before it exists, training without being constrained by physical boundaries, and iterating across teams before the concrete is poured.

GDH: What types of advanced capabilities does Unity allow for those that design and construct things? What would – say someone that builds a train station for a local transportation department – gain from using Unity’s solutions?

Tim McDonough: This partnership reduces time-to-market and more performant, reliable products for Automotive. This integration will enable, in this case, a designer of the station and engineers to easily reuse hi-fidelity VRED data (including environments, lighting, materials, and animations) directly inside Unity to quickly develop interactive, real-time applications (such as car configurators, virtual showrooms, and training applications) and run them on 25+ platforms including PC, AR/VR, and mobile.

What’s more, while others in the industry have announced the ability to import Revit and VRED, Unity has gone one step further by collaborating directly with Autodesk, the makers of both VRED and Revit software. Unlike operating in other platforms, the partnership ensures enhanced interoperability between Unity and Autodesk Revit software that will help designers and engineers save time and money when working with design visualization workflows.

GDH: What does this recent announcement between Unity and Autodesk mean for Autodesk users? What are they getting access to that they didn’t have before?

Tim McDonough: The growth of the partnership between Unity and Autodesk means enhanced interoperability to help Autodesk designers, engineers save time and money in design visualization workflows.

GDH: Why is Unity working with Autodesk in this space? Why had the company chosen to partner with Autodesk, in particular?

Tim McDonough: Autodesk is by far the world’s leading authoring, editing, and modeling creation portfolio across multiple industries, so there’s that. Additionally, Unity shares a common vision with Autodesk – we want to make it easier and better for you to achieve your aspirations.

What’s more, while others in the industry have announced the ability to import Revit and VRED, Unity has gone one step further by collaborating directly with Autodesk, the makers of both VRED and Revit software.

Unlike operating in other platforms, the partnership ensures enhanced interoperability between Unity and Autodesk Revit software that will help designers and engineers save time and money when working with design visualization workflows.

GDH: This isn’t the only integration and collaboration between Unity and Autodesk that’s been announced. What other ways will Unity be working with Autodesk in the future? What other types of processes – manufacturing, product development, etc. – will soon benefit from Unity’s solutions thanks to these collaborations?

Tim McDonough: Unity and Autodesk are also working on an integrated solution to make it easier for teams working in film and television to manage multiple asset types. Artists will no longer have to worry about managing files; they’ll be free to focus on their creative work. Animators and modelers will be able to work in the context of a sequence and get real-time feedback on changes in lighting, camera location, or asset selection. Tracking the resulting analytics will provide supervisors with a more accurate evaluation of artist management.

To learn more about the recent partnership between Unity and Autodesk, click HERE.