After Hurricane Florence: planning communities that are protected from storm surge and flood risks

Storms of this scale and ferocity (Florence peaked off the coast as a Category 4) are rare so far north and raise increasing questions about climate change. As oceans warm and sea levels rise, storms of this intensity are expected to become more common bringing greater damage to coastal regions from storm surge and flooding.

Storm surge is one of the most dangerous elements of storms like Florence, bringing extreme flooding, destroying homes and infrastructure, eroding beaches, and threatening lives.

Florence isn’t alone. Storm surge during Hurricane Katrina peaked at 28 feet above normal tide levels and was the main cause of death, while Superstorm Sandy’s catastrophic storm surge in 2012 caused $65 billion in damage.

North Carolina is particularly vulnerable due to its low-lying coastline, waterways, miles of barrier islands, and homes perched on dunes and stilts. It’s an ecosystem that perplexes developers and emergency management officials. Yet, despite continued warnings, a 2010 legislation by North Carolina lawmakers barred policymakers and property developers from using up-to-date climate science to plan for rising sea levels on the NC coast.

The good news is that improvements in hurricane forecasting has prevented the deadly loss of human life that characterized these storms in the past. In 1900, poor forecasting and inadequate warning systems led to the death of up to 12,000 people in Galveston, Texas, making that year’s storm the deadliest natural disaster in U.S. history.

But what else can we do?

Flood simulation programs can play a significant role in helping planners and developers approximate storm surge and flood impacts that could potentially protect lower lying coastal infrastructure from future storms. Autodesk InfraWorks, for example, which helps designers and civil engineers plan and design infrastructure project in the context of the real world, also enables them to create models that predict where, how much, and how long water will flow into a certain area in the event of heavy rain events.

According to Autodesk: “Flood simulation uses a shallow water equation 3D model. Given rainfall and/or tidal shift parameters that you define, the model can accurately predict and simulate inland or coastal flooding. It can do so combined with modeling hydraulic routing of the flooding.” 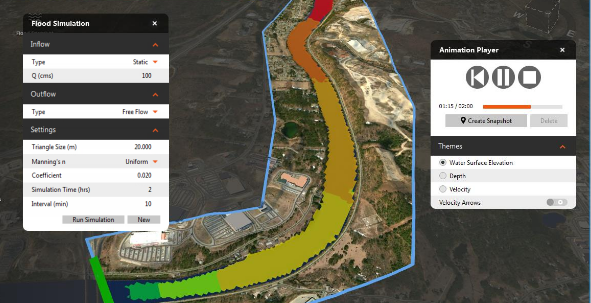 The Flood Simulation panel in InfraWorks can model surge or sea level rise as an animated simulation inside the model. Users can specify the display of visual themes such as water elevation, depth, and velocity. Floods can be simulated on a very large scale, for rivers with several inflows and for a combination of river and sea elevation. 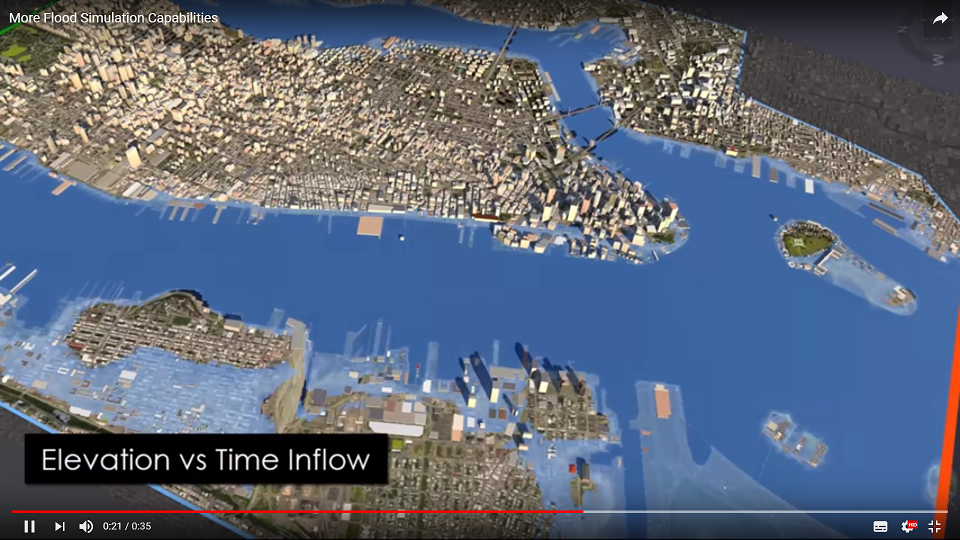 Once the simulation is run, anything in the model can be changed and a different model and simulation can be quickly run to compare the two.

Flooding is a huge risk consideration for any construction or infrastructure project, particularly those in flood zones or near vulnerable coastal areas. Using flood simulation tools, planners can quickly analyze existing conditions and test the impact of potential flooding, long before an ounce of cement is poured.

All images courtesy of Autodesk.

Josh Watkins, Water Utility Manager for the City of Redding, on the use of digital design in public utilities

Rebuilding smarter after hurricanes: lessons learned from the Netherlands