Last year, there were more than 318 natural disasters worldwide. These natural disasters affected 122 different countries and negatively impacted more than 96 million people. According to The International Disaster Database, more than 9,500 lives were lost and $314 billion in economic damages were incurred. And this wasn’t isolated to foreign countries – the United States experienced 15 of those disasters, which accounted for more than $15 billion in damages.

Chances are, 2017 wasn’t an outlier – there’s potential for 2018 to see just as much damage and devastation as the year that proceeded it. 2018 has already played host to the eruption of Hawaii’s Kilauea volcano, which has caused millions in damage and lost revenues, and wildfires that have started burning in parts of Colorado and California. And we’ve just entered both hurricane and wildfire season in the U.S. The most dangerous months for wildfires typically are June through August, and hurricane season lasts a long six months from June until November.

Natural disasters are an unfortunate part of life. And while we can’t control Mother Nature, there are steps that the government can take to decrease the massive damage that comes with these disasters. It involves building strong policies and even stronger infrastructure.

Preparing for disaster
“If you’re waiting on FEMA to run your commodities, that’s not the solution,” said FEMA Administrator Brock Long at the annual Governor’s Hurricane Conference. That quote was part of Long’s explanation of how FEMA is changing disaster relief policies. Now, the agency is more focused on partnering with state and local officials to coordinate plans for prevention and relief to shorten disaster recovery times. That’s in contrast with how the agency operated in the past, with the majority of relief efforts falling on their plate. In 2017 alone, FEMA spent over $6 billion in disaster relief.

Under this new policy, cities and states will be more responsible for their citizens, buildings, and assets than ever before. This means that they need to be more committed to sustainable design practices and taking the necessary steps to build infrastructure that is resilient and can withstand disasters.

A great example of this is the City of San Francisco. Both the Oakland Bay Bridge and the Freemont Tower have been built to withstand natural disasters.

The Oakland Bay Bridge which opened in 2013 was the largest public works project in California history. Equipped with seismic innovations like the “accordion-style” joints, the bridge can move in various directions during an earthquake. Computer simulations were used throughout the design to simulate the “dancing to the rhythm of the earthquake.”

Freemont Tower, a 56-story commercial and residential building, is the most earthquake-resilient tall building on the West Coast. Earning a Gold rating from REDi, the tower can withstand the “maximum credible earthquake” – an 8.0 magnitude. Expected repair costs after a disaster are over 10 times lower than a standard-code building.

“It’s not the earthquake that kills people; it’s a poorly built building,” said Dr. Elizabeth Hausler, founder of Build Change, an organization that helps emerging nations build houses and schools that can withstand typhoons and earthquakes. By building more intelligently and resiliently, state and local governments can work to mitigate damage from natural disasters – even if they can’t stop them from occurring.

The role of digital design solutions
Design technology can make natural disaster-resilient buildings a reality. Today’s advanced digital design solutions can virtually simulate and replicate the conditions that buildings could face in disaster situations. Based on the lessons learned and data gleamed from these simulations, building designs can be tweaked to make them more resilient in disaster scenarios.

By incorporating advanced digital design solutions into the design and visualization phase of new public works projects, government organizations can ensure that anything they build will stand up better to disasters, and cost less to repair following emergencies.

But what about the buildings that aren’t built by the government? Well, there’s something that the government can do there, as well. Regulations, such as building codes and zoning laws, can be better enforced by cities. By better enforcing stringent building codes, encouraging rigorous testing using simulation tools for sea level and wind speeds, and conducting urban planning to account for the changing environment, state, municipal and federal government organizations can work to make damage from natural disasters preventable. 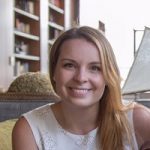