American city architecture, engineering, and construction (AEC) projects have always been notorious for their sluggish lifecycles. When architects, engineers, and contractors are all utilizing different software and technologies, integrating and streamlining digital AEC data between project stakeholders can be a nightmare. These types of inefficiencies can ultimately translate into slow or delayed progress on vital infrastructure development, leaving cities and their constituents in suboptimal conditions.

Unfortunately, Americans can no longer afford wasted time when it comes to the improvement of city infrastructures. Due to the approaching consequences of climate change, American coastal cities and their power plants, gas and water pipelines, roads, bridges, and other infrastructural lifelines are currently being threatened by rising sea levels and flooding.

According to the U.S. Interagency Sea Level Rise Taskforce, by the end of the century, sea level rise could be as high as 8.2 feet above where it was in 2000. These disastrous forecasts are clear signs that American cities must find effective and efficient solutions to accelerate AEC lifecycles, while simultaneously optimizing city infrastructures that would provide adequate protection against environmental stressors.

Recently, digital twin technology has become a promising solution in improving AEC efficiency and effectiveness, as well as advancing the development of smart and sustainable city infrastructures.

GovDesignHub reached out and was able to speak with Michael Jansen, CEO of Cityzenith, who shared insights on how digital twin technology is transforming the AEC lifecycle, and how digital twins are the drivers behind sustainable, smart cities around the globe.

GovDesignHub: For our readers who may not be familiar, what is a digital twin? How is it different from digital plans, CAD drawings and BIM models? 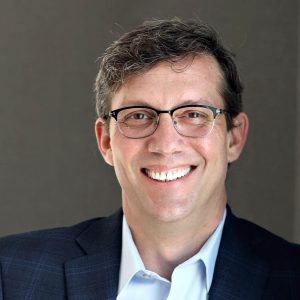 Michael Jansen: A digital twin, fundamentally, is an umbrella technology that spans across a number of other contributing technologies, including CAD, BIM, GIS, LiDAR, IoT, open data, etc. Digital twins are, by definition, virtual replicas of physical things. In our case, digital twins are virtual replicas of buildings and infrastructure. They are uniquely connected to the data in and around them, and can be used to optimize all aspects of design and planning, construction, and even the ongoing operations and maintenance of facilities.

The concept is that what digital twins do uniquely well is what these other sub-tools don’t do. CAD and BIM tools, for example, were designed specifically for modeling individual buildings. Different software architecture is designed to enable engineers and architects to model, size, and correlate the building traits.

Digital twins are about data and integrating massive amounts of data at scale in order to generate intelligence like never before. So, you have different types of digital twins. Not all of them are focusing on what Cityzenith does.

Our focus as a company is on urban scale digital twins. Digital twins are used for large scale building projects, like smart cities, smart districts, airports, ports, massive developments, urban regeneration projects, etc. Wherever this are a lot of buildings and complexities, digital twins are often a good idea.

Michael Jansen: The simple answer is that they do a number of things. In the design phase, they enable an advanced form of analysis to happen, where in digital twins often integrate a variety of tools that range from solar study tools to things that might analyze pedestrian footfall, or access egress to a property, or curb cut calculator.

So, typically in the AEC process, right now, practitioners start with a data search and try to find all of these individual tools and stitch them together one at a time to serve the needs of each new project that they get. What a digital twin would enable them to do is to have all of these many functions either already integrated or the import of all these different parts to be automated. This allows projects and project delivery to become much more cohesive. And it enables all of the engineers, contractors, and stakeholders to work from the same set of information.

A good example is if you go to our YouTube channel, you see a project we did in the U.K. It’s called the East West Rail project, from Oxford to Cambridge. The digital twin was used there to coordinate all the data that was being brought in by the site engineers, infrastructure provider, and architects, into a common project information 3D map that was dynamic so that as it was being updated in real-time, engineers could respond in real-time with their design changes.

Once you have a digital twin, you can then begin to predict the future performance of that building. You know what the downstream integrations are going to be, and you know all of the information about the building. You can then actually calculate future consumption and optimize it before you even break ground. You can not only design a net zero building, but guarantee one. I think that’s what makes digital twins a popular option today.

GovDesignHub: It is no secret that due to climate change, ocean and sea levels are rising all around the world. In fact, Cityzenith has recently used its digital twin technology on floating home designs in Amsterdam’s Schoonchip Neighborhood to help counteract these effects. What challenges will US coastal cities face if these climate trends continue? Are there steps the U.S. government (local, state, and federal) can take to fortify and insulate city infrastructures from these potentially disastrous effects? And what role does virtual twin technology play in that preparation?

In the case of coastal cities, I think the modeling tells the whole story. The models that NASA has produced suggest that if nothing is done, in a matter of 30 years Florida will be underwater. And that’s a fact. What digital twins will do is help you model exactly what that will look like.

A digital twin will be able to model those consequences for you, and the response as well. If you know you’re going to be dealing with sea rise issues, retaining wall modeling and storm wall modeling are things you can be using digital twins for. Engineers could use technologies like this to model their responses and monitor those responses over time, and they can readjust them.

That’s definitely going to be something which happens. A lot of American cities, and world cities, are probably going to be technically underwater at some point, even if they’re not. They’re going to be below sea level without being underwater. And we all know what happened in New Orleans.

GovDesignHub: What made you, personally, interested in sustainable city architecture and infrastructure? Has this always been a passion of yours? And how did you get involved in digital twin technology?

Michael Jansen: I’ve been interested in architecture since I was 19 years old. I studied as an undergraduate at Yale, and later on at Cambridge in the U.K. I was introduced to sustainable architecture, which back in the ‘80s and early ‘90s had a very different look to it, in the work of people like Bill McDonough, Herbert Hummel, and Laurie Baker. They were building buildings from the mud and from trees.

I traveled the world looking at different examples of organic buildings in the ‘90s. As a young architect in my early 20s, I ended up in China and worked for three or four years. I began working as an architect and studied there for a couple of years. And all of the projects I worked on were massive. Eight, nine, ten million square feet. They were just huge by American standards. Everything seemed to be the scale of the city. In my entire career, I’ve only ever known large scale projects.

I lived in India for 20 years. And living in Asia is not climate-controlled living. You live very close to the earth. The vegetables come to your door on a cart, through a local vegetable seller. Everything was taken from the farm a day before. You’re exposed to the elements. You’re cut off from a climate-controlled room. You begin to appreciate not isolating oneself from nature. You integrate yourself better and get a healthier response.

If you look at the height of American living. Processed American living came in the ‘70s and ‘80s. Everything was pretty much processed. Our food was processed, half of it was fake. Our lives had become so boxed. And in the ‘90s we begin to see a reaction against that. Yoga. Veganism. People were saying, “Hey, this is not how to live.”

I think throughout all of that, as an architect, I’ve always been interested in all things organic. I got interested in organic cities. And having traveled to 1,000 cities in 100 countries over the last 30 years, I learned a lot about different ways of living and how important cities are to humanity. Cities are the drivers of our economies, art engines, philosophy, politics, and innovation, the world over.

I think the smarter we can make our cities, the more they can serve us efficiently and the more we can get done. But cities also are drawing most of the world’s energy and producing most of the carbon. Doing that in a sustainable way is essential.

We are on the threshold of a couple things, right now. One is building 10,000 more cities that the world will need for over the next 30 or 40 years. Two is rebuilding all of the existing 10,000 cities that the world has. I think that cities are never a done deal. They keep reinventing themselves, and we have a need now to not only build net zero cities, but we have a need to make our cities net-zero. That’s going to be the path for a while.

GovDesignHub: What does the future of the AEC industry and lifecycle look like with the evolution of BIM and digital twin technologies? Will we continue to see a blurring of the lines between AEC and manufacturing as the industry moves toward prefabrication? Will we see more standardization as a result of architects, engineers and construction companies collaborate and share digital twins and 3d models? In five to ten years – how different is AEC than it is today?

Michael Jansen: AEC itself does progress slowly. When it comes to the adoption of technology, I do think that digital twins will become sophisticated enough eventually to negate the need for BIM. Over the next five to ten years, I think BIM will go away. And digital twins will do more and more and more than today’s specialized tools do individually. There will be a consolidation.

I think there is over 100 existing BIM tools in the world. One hundred major formats. That just can’t be the case. I think what will happen is that there’s certain projects out there that will make digital twin standards global. For example, the European Commission is doing a global twin right now, called Destination Earth. They’re setting standards using researchers, because they don’t want individual companies to own these standards.

So, I think that BIM will continue alongside, but it will eventually get absorbed up as digital twins continue to be able to do more. For the foreseeable future, I think that digital twins will optimize all of the other existing technologies until there’s a time to replace them. It’s as simple as that.