Long an icon of the U.S. military, the UH-60 “Blackhawk” helicopter is a workhorse of military aviation, and over its nearly four decades of service, its many variants have been called upon to do everything from transport the President to covert missions in enemy territory.

But the platform’s success has also meant that many of the aircraft now in service have been flying for decades, even as newer versions have been produced and its particular variant has since fallen out of production.

This is the case for the out-of-production UH-60A and UH-60L (UH-60A/L) models, which have been in the fleet for anywhere between 15 and 40 years and have been superseded by the Blackhawks that are coming off the production line today, the UH-60Ms.

So in order to keep hundreds of UH-60A/Ls flying, and to avoid having to wholly replace each of them with a brand-new aircraft, the Army must maintain and upgrade each of these aircraft—which is then known as a UH-60V—to meet modern requirements, which demands substantial changes like digitizing the cockpit and substituting major systems across the airframe.

Upgrading and maintaining the UH-60A, UH-60L, and UH-60V (UH-60A/L/V) fleet, however, means facing challenges that come with working on a 15-to 40-year old platform that is no longer in production.

And that is that many of the parts, especially parts that aren’t needed or stocked in large numbers, are increasingly hard to acquire since the UH-60A/L/V version of the aircraft is no longer mass produced.  As a result, hundreds of the Army’s workhorse helicopters are reliant on parts that can only be sourced from a small handful, or even just one, provider, which poses considerable problems for maintaining our military’s state of readiness.

In response to this issue, the Army’s Aviation and Missile Command (AMCOM) and the Strategic Capabilities Office within the Office of the Secretary of Defense recently teamed up with Wichita State University to completely disassemble a UH-60L airframe and create a virtual model—“digital twin”—of the aircraft, with each of its structural parts captured via 3D scanning.

When the project is completed, this will have substantial implications for the overall readiness of the Army’s Blackhawk fleet.  By leveraging 3D scanning and digital design technology, AMCOM is expanding the number of ways it can sustain its Blackhawk fleet, making it possible to provide detailed technical schematics to new manufacturers, or even opening the door to 3D printing the parts on demand.

To delve into the details of how this technology is being implemented and what effects it will have for Army sustainment, we spoke with AMCOM’s Lead for Future Aviation Sustainment & Modernization Continued Airworthiness, Tod Glidewell.

GovDesignHub (GDH): First, tell us about the UH-60A/L/V fleet.  How many are in Army service? 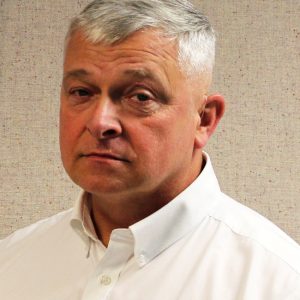 Tod Glidewell: If you put together all of the different UH-60 variants that are in service, there are more than 2,100 UH-60s across the Army, roughly one third of which are UH-60L/Vs, and they will all remain in service for the foreseeable future.

Additionally, the UH-60 aircraft has many other variants operating across DOD, and the work that we do sustaining our fleet benefits them as well.

GDH: Until this point, what has the process been to procure parts, even as they become harder to come by or fall out of production?  What cost and availability problems has this caused?

Tod Glidewell: The UH-60A/L/V design is between 15-40 years old and is out of production, which creates obsolescence and readiness challenges.

The lack of supply of non-stocked or low volume parts often results in “no-bid” contracts with a single provider because it is cost-prohibitive to seek a second source for the part, or fabricate it ourselves, without having a 3D model of the part, that includes the relevant technical data.

As a result, this increases the turnaround time of depot-level repairs and the length of time needed to recapitalize UH-60A/Ls as UH-60Vs.

GDH: What innovations is AMCOM using to capture an accurate picture of each part?  What benefits are there to having 3D diagrams, as opposed to 2D drawings?

Tod Glidewell: Through a partnership between the U.S. Army Aviation and Missile Command, the Strategic Capabilities Office within the Office of the Secretary of Defense, Sikorsky/Lockheed Martin and Wichita State University, researchers at the National Institute of Aviation Research (NIAR) will create a virtual model of a UH-60L Black Hawk helicopter. This technology enables the user, 3D file in hand, to go directly to the manufacturing source or explore alternative sources for fabrication and manufacturing.

Recent advancements in 3D models give us the level of detail and technical knowledge needed in order to do this kind of production.

Tod Glidewell: The 3D Global Finite Element Model (GFEM) files that we use enable the government to solicit alternative sources while incorporating updated technical data to learn through the process to enhance safety. This file can facilitate fabrication and manufacturing through not only additive manufacturing, like printing, but also through advanced manufacturing processes like five-axis computer numerical control (CNC) machining or a fluid press.

GDH: What other benefits could AMCOM realize from having a “digital twin” of the UH-60L outside of manufacturing?

Tod Glidewell: The use of a digital twin creates a digital snapshot of an assembled system or component that can be shared to provide the true traceability of a system throughout its lifecycle. Additionally, the model can be shared as a collaborative tool for accident or battle damage assessment, evaluation of the integrity of repairs or even weight reduction. Last, the digital twin can be a valuable simulation tool to test, model, or train new technology such as robotic main rotor blade repair.

GDH: What role does digital design software play in accurately rendering the part and making it usable for manufacturing and maintenance training applications?

Tod Glidewell: The software through digital engineering enables the incorporation of 2D models with the scanning of components and existing models to create point cloud data and 3D Computer-Aided Design (CAD) models. These 3D CADs then incorporate static and fatigue loads, condition strain, and deflections derived from a full-scale static test to create the Global Finite Element Model (GFEM).

The GFEM is validated through the test results to increase the fidelity and quality of the end product. Many industries have turned to digital-twin technology to create and improve opportunities to visualize, analyze, and predict performance. The technology provides a virtual depiction of a physical object or complex system, ranging from a repair part all the way to a whole city.

One idea for this technology is to use it to link users with subject matter experts to lead troubleshooting and repairs.